Individuals having ENTJ or Commander personality are decisive, charismatic, and success-driven. They are usually referred to as natural leaders since most ENTJs can inspire people to act together to accomplish a goal. They are charismatic, sociable, and dedicated in their endeavors.

Within the ENTJ personality, some identity traits have divided ENTJs into two distinctive subgroups. These traits focus on how ENTJs react to life events, interact with the people around them, and express themselves.

We distinguish Assertive ENTJs and Turbulent ENTJs that exhibit some striking differences despite belonging to the same personality type.

The ENTJ meaning comes from the four cognitive functions that determine this personality type – extroverted, intuitive, thinking, and judging.

These functions are based on Karl Jung’s theory of personality (famous Myers Briggs assessment), and according to experts, it is one of the rarest in the world, totaling about 4% – 5% of the population. 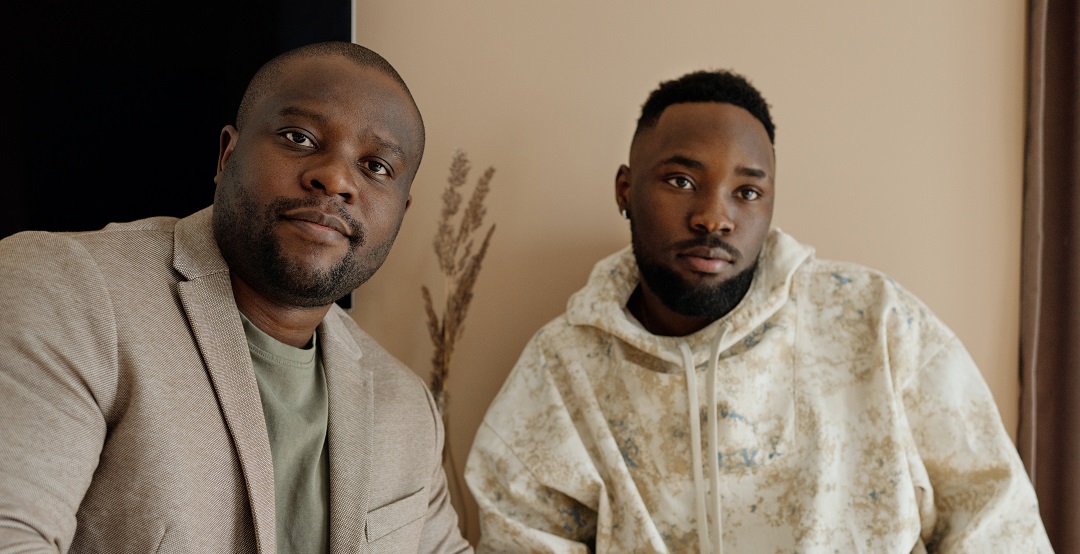 Both personality types are bold, determined, and future-oriented, and their personality features are the same in essence. But when comparing Assertive Commander vs. Turbulent Commander, there are notable differences in how they respond to stressors, how they express their emotions and the level of their self-confidence.

These identity traits make a world of differences when ENTJs engage in activities or interact with people around them. Broadly speaking, Turbulent ENTJs are more stress-prone, and they don’t recover from stress as swiftly as their Assertive counterparts.

Additionally, Turbulent ENTJs are more likely to recognize and get in tune with their emotions, while Assertive ENTJs don’t get easily affected by emotional issues.

The higher emotional awareness makes Turbulent ENTJs less self-confident, compared to Assertive ENTJs who pride themselves on being who they are.

The extroverted function of the ENTJs is dominant in both types, so ENTJs are generally surrounded by friends, and they love being socially engaged.

However, the friendships they create are not random but mostly planned. The thing is, ENTJs are usually attracted by people who they can call equals and who share the same interests with them.

Considering the fact that Turbulent ENTJs are more in tune with their intuitive function and affected by emotions, the relationship with their friends is on a more intimate level.

Turbulent ENTJs are usually more careful about how they behave, and in case they provoke a conflict, they have a hard time with it. They are generally more considerate and empathetic.

Assertive ENTjs, on the other hand, create friendships that have the purpose of growth and development. They would rather discuss with their friends’ scientific achievements and work-related issues than personal problems.

In case of conflicts, Assertive ENTJs don’t take the matter too personally and recover quickly.

ENTJs are loyal and dedicated partners who take their relationships as seriously as everything else in their lives. They look for a partner who shares their interests in learning and growing.

The common misconception about ENTJs is that they are cold and unemotional, but that’s far from the truth.

Assertive ENTJs are perhaps those that are less likely to prioritize emotions or express affections as you’d typically expect. Since they tend to dominate the relationship, they are likely to be more controlling.

Turbulent ENTJs would be more interested in getting to know their partner’s feelings instead of trying to impress them.

The controlling and dominant feature is less pronounced with Turbulent ENTJs, and they are more likely to be carried away by emotional drama.

ENTJs are charming leaders with superb organizational and analytical skills. They are ambitious, and work challenges stimulate them to create and invent new approaches or new ideas.

But, not all ENTJs are equally stimulated when handling difficult situations. Assertive ENTJs are much more confident, and as a result, they see opportunities when encountering obstacles.

Turbulent ENTJs, on the other hand, have more negative feedback on stressful situations and can be moderately affected in the decision-making process.

Teamwork is usually a starting position for ENTJs as they usually aspire for leading and managerial functions.

When part of a team, ENTJs try to learn and implement all the job specifics, and generally, they try to fit in and do their best.

Since Assertive ENTJs have higher self-confidence and trust their abilities, they will give their best to stand out and make an impression.

In case their efforts are not recognized, the chances are that they get demotivated, distracted, and absent-minded.

The same goals also drive turbulent ENTJs, yet, they are less likely to fiercely struggle to achieve a top position. The lower self-esteem might question their competence, and they are likely to go the harder way to gain recognition. 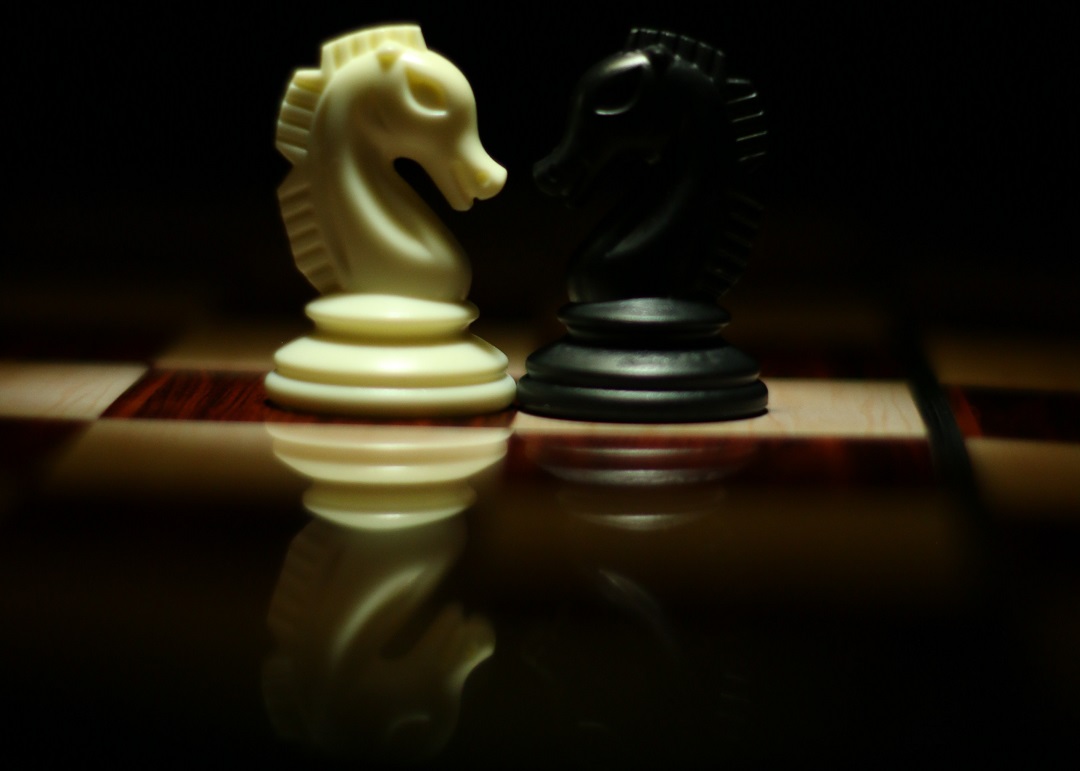 Assertive Commander personality sees opportunity in every obstacle they might come across. They can’t get easily derailed by unforeseen events, and swiftly modify their plans according to the new situations.

They are intelligent and witty, and their mind works towards finding a way out.

All ENTJs are generally self-confident. However, Assertive ENTJs trust their abilities much more than Turbulent ENTJs.

They are focused, goal-oriented, and believe in themselves. Assertive ENTJs are not likely to perceive themselves negatively and rarely feel ashamed.

Even in tough times, Assertive ENTJs don’t allow negative occurrences to impact their positive attitude. They don’t avoid conflicts and try to make a point even when discussions are confrontational, often without being intimidated.

Assertive ENTJs often feel impatient in situations they can see the outcome, and they can quickly jump to conclusions. They don’t tolerate ineffectiveness, laziness, and openly point to failures and procrastination.

Assertive ENTJs are more likely to take risks compared to their counterparts ENTJ-T. Again, this has to do with their belief in their abilities and a high level of self-esteem.

However, they sometimes fail to realize that other people will need more time and effort to achieve the same, so they tend to look down on people who need more stimuli or emotional response.

Turbulent Commanders don’t often give the impression of being cold and ruthless, since they care more about how people feel.

Their intuitive nature appears more developed when compared to Assertive counterparts as they usually focus on what’s inside other people’s brains.

This helps them understand the root of any potential problems and helps them find a way to thrive in difficult situations.

Emotional control is essential for all ENTJs, and they are notorious for being incapable of recognizing and showing emotions.

However, Turbulent Commander personality is more open to emotions, and these individuals make a genuine effort to respond to other people’s needs. This also means they are more likely to share their feelings as well and be affected by emotions.

Enchanting charisma is characteristic for all ENTJs, but Turbulent Commanders give it a unique flare when they add some affection in their interactions.

The emotional openness makes them appear caring and interested when interacting with other people.

They are more open to experiencing emotions, allowing them to become prone to developing negative feelings. They can experience stress and anxiety to the point that it affects their reasoning and might alter their decisions.

We can’t say that Turbulent ENTJs suffer from low-self confidence, but when compared with their Assertive counterparts, they are more likely to question their decisions and feel unsure about their actions.

This is also reflected in the way they think about their appearance as well. If you want to find out more about their strengths and weaknesses, be sure to visit our in-depth analysis of ENTJ’s advantages and flows.

Jobs and Career Paths for ENTJ-T

ENTJ’s job paths lead to jobs that require full focus, organization, management, and discipline. There is a wide range of suitable career paths for the Commander personality; however, specific jobs might be more appropriate for Turbulent personalities.

Due to Turbulent ENTJs’ more open approach and tendency to experience things more emotionally, they are advised to look for jobs that offer less stress and more communication.

The following jobs are the most recommended for Turbulent Commander personality:

Jobs and Careers to Avoid

Turbulent Commander personality can’t stand chaotic situations that lack order and structure. They also can’t come well in jobs that put them under too much pressure or demand instant decision making.

Repetitive and monotonous jobs won’t suit them either as they will struggle to find challenges in their daily working routine.

The following list contains some of the jobs that ENTJ-A should avoid:

Jobs and Career Paths for ENTJ-A

Assertive Commander personality depicts individuals who are dominant, analytical, self-aware, and organized. These people focus considerable time and energy on planning and carrying out projects without feeling run down.

They are excellent at delegating jobs and tasks, they know how to deal with people in their corporate environment, and are charismatic enough to bring crowds together for a higher cause.

Assertive ENTJs are not easily affected by emotions and don’t get too stressed in case of an unforeseen turn of events.

This blend of features is scarce, so the following are the most recommended jobs for ENTJ-As:

Jobs and Careers to Avoid

Jobs that don’t offer learning and progress are out of the question as well as jobs that include service. Since ENTJs are not very good with sentiments, positions that integrate sensitivity to personal issues shouldn’t be considered.

The following list contains some of the jobs that ENTJ-A should avoid:

While ENTJ personality is indisputably one of the most powerful personalities across the board, the identity differences between Assertive and Turbulent ENTJs are provoked by internal and external factors.

These factors influence how ENTJs cope with stress, the way they see themselves, and how they respond to emotions.

When comparing ENTJ-T vs. ENTJ-A, it is evident that Turbulent Commanders are somehow more emotional, less self-confident, and get distracted by stress.

The Assertive ENTJs boast high self-assurance, believe in themselves, and don’t get affected by stressful events.

Still, note that these nuances can change over time, and it is a matter of character growth. If ENTJs learn to balance their strengths and weaknesses, their lives will be much more productive and happier.