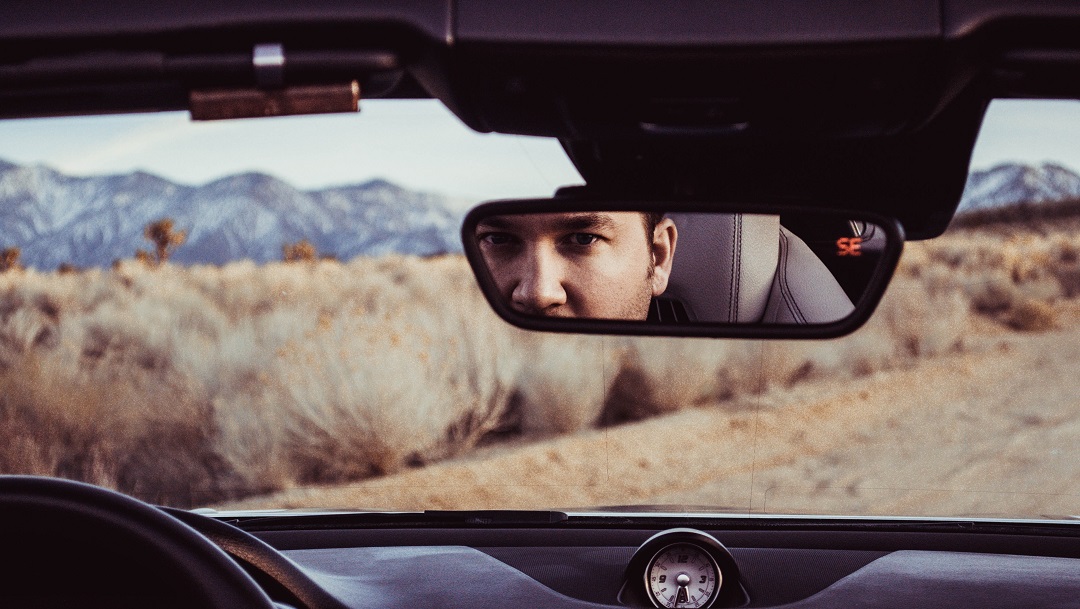 You might have heard about the famous INFJ stare, aka INFJ gaze, or it may be the first time you’re encountering the term, but either way, it is something that puzzles, annoys, and even scares other people.

Basically, it is a sensory and visual occurrence that is peculiar for the INFJ personality type, often associated with deep thinking or profound interest.

You might have heard about the famous INFJ stare, aka INFJ gaze, or it may be the first time you’re encountering the term, but either way, it is something that puzzles, annoys, and even scares other people.

Basically, it is a sensory and visual occurrence that is peculiar for the INFJ personality type, often associated with deep thinking or profound interest.

A Quick Overview on the INFJ Personality

One of the 16 personality types obtained by the Myers-Briggs test, the INFJ personality, nicknamed Advocate or Counselor, is a creative humanist with strong ideals and moral values. focused on making the world a better place.

The acronym INFJ stands for introverted, intuitive, feeling, and judging. While it is the rarest personality type (only 3% of the total world population have it), their traits hardly go unnoticed.

The introvertedness of INFJs makes these people feel at their best when spending the time alone. At the same time, their intuitive nature allows them to see patterns, ideas, and concepts that usually go unnoticed by the majority.

These people make decisions based on their feelings rather than the facts. The judging component of their personality makes them organized, structured, so they will always build firm plans to know in advance what to expect.

INFJs are guided and motivated by moral and ethical values. Despite being introverted, they are deeply interested in other people’s interactions.

They are determined, decisive, and passionate to do everything it takes to make people around them feel happier and more satisfied. Nothing is shallow in their life.

In case they don’t reach the deep emotional connection, they tend to withdraw to their own world. View our INFJ personality type in-depth article to reveal their peculiarities, INFJ career matches, and how they interact with other people.

Bear in mind, though, that there are two types of INFJs, Assertive and Turbulent, with some subtle differences between them. INFJ-A and INFJ-T, in their essence, differ in the way they think, act, respond to external triggers and deal with stressors.

The Assertive INFJs are calmer and more confident INFJs, while the Turbulent ones show much higher sensitivity and impulse drive.

What Does the INFJ Stare Mean and What Is It?

Before we talk about the stare, let’s consider the dominant and less dominant personality traits that define their mental behavior.

When working together, these two mental processes are deemed responsible for the INFJ stare.

INFJs are learners, profoundly intrigued by human demeanor, and once they come across a situation that is alluring enough to attract their attention, they start processing it.

However, it is not just a simple look or observation. It goes far beyond the obvious to a much deeper level and expands to body language analysis, understanding gestures, acknowledging missing information, and gathering ideas.

And when INFJs get genuinely absorbed by the situation or the people around, they give the INFJ intense stare.

When and Why Does it Happen?

Contrary to many opinions, this INFJ gaze is not necessarily romantical or sexual. It can range from deep affection, compassion, and enticement to longing, frustration, and even anxiety on the board of emotions.

One thing is sure, though: whatever it is, it means that they are in a deep contemplating mood, and their mind is working at full speed.

The intensity of the INFJ stare rarely goes unnoticed. Those people who have experienced the stare first-hand claim that they have never felt more awkward in their lives.

INFJs usually get so swept away by their curiosity that they stare directly at people’s eyes without feeling uncomfortable or intimidated at all.

The intense, piercing stare is usually their natural process of analyzing the object of their interest and a defense mechanism if they feel insecure in specific situations.

The stare is not always intentional, though, and it doesn’t happen instantly in every situation. If an INFJ meets someone for the first time, the gaze might mean s/he is trying to uncover more information about the person in front and to understand if this person is ‘worth’ their attention.

But considering the fact that they hardly ever get involved in casual relationships and that they want a meaningful and romantic relationship, it could also be a romantic stare.INFJs do stare in a relationship as well. But once again, it is usually a sign of profound thinking rather than just enticement.

In other situational contexts, the INFJ gaze could mean an attempt to see through the apparent setting and an effort to adjust themselves to the circumstances.

Remember, whatever it is, they are trying to filter the reality through their intuitive filter. There’s no need to panic or shun the person away, because the ‘death stare’, as many call it, indicates nothing else but profound mental activity.

What’s Introverted Intuition and How Significant Is It in INFJs’ lives?

Introverted Intuition (Ni) refers to the dominant INTJ function that delivers an interpretation of abstract meanings, random occurrences, and connections into contextual revelation.

In other words, it offers deeper meaning and understanding of what is visible on the surface. It is related to creating images of possible future outcomes and insights into what the next steps could be.

Since INFJs always look for the bigger picture, they start looking for the missing pieces of the puzzle if any information is missing.

They look for what’s not said or shown and try to imagine the future implications of what they see. They see it as a connection between conscious and unconscious, and as an attempt to understand how one step might lead to another.

Why are INFJs so Intense?

The INFJ personality strives to get the big picture before moving forward. They often get involved in deep thinking about the purpose of life and how to improve everyone’s wellbeing and help people find their potential.

Their analytical mind works almost incessantly, and even when they are trying to relax, their mind is still actively working.

Since their intuitive nature goes beyond the obvious and the conscious, they often try to find purpose and patterns in everything. If they get caught up in the process, they give the INFJ intense stare, which might even scare some people.

The strength of what’s going on in their head is usually easy to notice, which leaves the impression of the person being overly intense.

What motivates them to go on is having a sense of purpose and the long-term perspective with moral codes deeply carved within.

In case the latter is missing, they can get heavily depressed to the point of developing INFJ personality disorders. Therefore, their persistence to go on while keeping their high moral standards reinforces the impression of being an intense person.

INFJs are not the party-animal type of people. They would rather spend the night reading a philosophical book than wasting their time hanging around with superficial people.

They need to have everything planned in advance, and they are not likely to be spontaneous or to live in the moment.

Even though they are excellent listeners and people usually open up to them, this serious, intense trait gives the impression of being pretentious or even arrogant at times.

Since most INFJs have an extreme sense of altruism, you might still see them participating in surface-level conversations. However, it is usually just a mask hiding boredom and despair.

But, don’t worry, their empathetic soul won’t make anyone feel uncomfortable. It is their nerves that will suffer, as they sacrifice their needs. However, what INFJs can’t tolerate is someone criticizing or questioning their moral values.

In such a case, the notorious INFJ door slam might occur. INFJ door slam is a situation when they completely cut ties with the person who offended them or their values.

Once you look into an INFJ’s eyes, you can easily notice how intense their look tends to be. The look they give people they’re interested in is usually very intense, indicating their deep sense of curiosity.

INFJs enjoy staring right in others’ eyes. Therefore, if you look into their eyes, they’ll make you feel uncomfortable with their piercing stare.

Why are INFJs so intense?

INFJs’ intense nature can be explained by the fact that they are always looking for hidden meanings in everything in their lives. Being intense is their way of understanding people and things around them.

Their basic personality trait of judgment (J) directs INFJs into looking for hidden depth, and as a result, they are characterized by intense and forceful feelings.

What MBTI stares the most?

Popular pairs, INTJ and INFJ, tend to be the two MBTI personality types that stare the most. Since both INTJ and INFJ have introverted intuition (Ni) as their dominant function, they have very intense stares.

Besides, you can see curiosity and intelligence right in their eyes. This can be explained by the fact that they perceive information using their eyes and process it with their dominant Ni function.

How does an INFJ flirt?

The thing that INFJs use to flirt is their eyes. Their intense, curious gaze works perfectly well to attract people around them. And INFJs know it.

Even though they’re introverts, people with this personality type understand the meaning of eye contact, and that’s how they flirt with people – by making direct and more intense eye contact than anyone expects.

But that’s not everything. They start flirting with occasional smirks or just getting closer physically to people they’re attracted to.

Final Thoughts About the INFJ Stare

The most prevalent question regarding the INFJ intense stare is whether they do it purposely.

From what we have read above, it seems that romanticizing the stare is the wrong approach, as there is usually a lot of thoughts occupying the INFJ’s mind.

If you are an INFJ, then it is probably hard for you to control the stare, even though more often than not, you are entirely unaware of it, or you pay no attention whatsoever.

But, since the ‘death stare’ can make others feel awkward and scared, it is advisable to be mindful of it when you realize that someone or something has got your attention.

For those of you who are in the company of an INFJ, it is good to know that the steady, penetrating look is not going to get you killed, nor will it reveal the darkest of your secrets, but it is the way your INFJ friend processes everything about and around you. 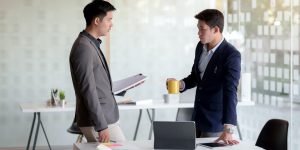 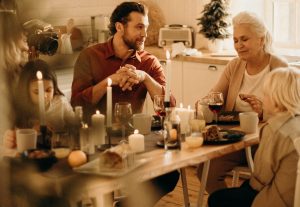 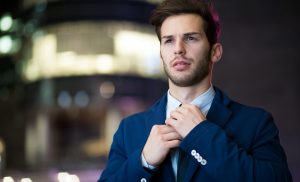 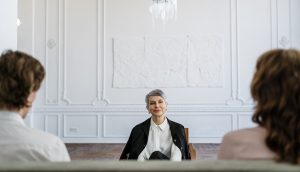 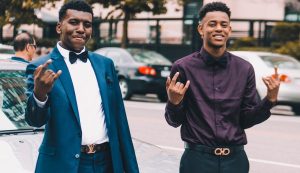 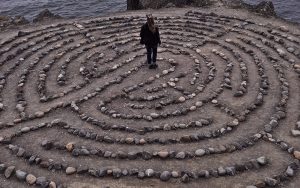