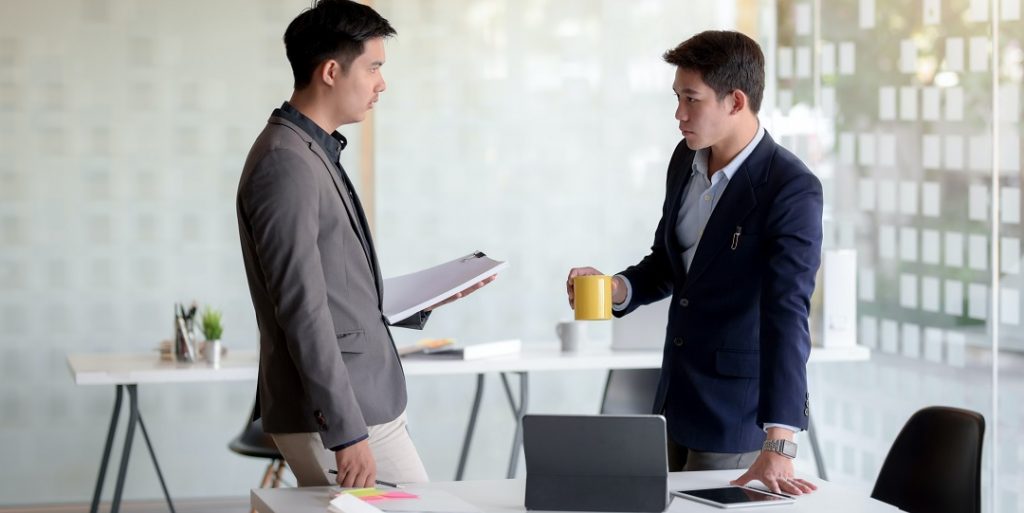 Out of 16 Mayers-Briggs personality types, the INFJs and INTJs clearly demonstrate similarities in the way they interact with the world. However, despite resemblances, they exhibit some striking differences that distinguish them.

This article scrutinizes the psychological functions of these two personality types and provides a detailed comparison between them. In case you are eager to learn more about Mayers-Briggs Personality Type Indicator and view all personality types, you can go here.

Both INFJs and INTJs are introverted and intuitive personalities with exceptional organizational abilities and high standards. The four letters of their acronyms represent their cognitive functions, influencing their preferences, attitudes, and relationships with other people.

The dominant functions determine the primary personality trait. The auxiliary functions support the dominant one, while the tertiary become more evident during stressful or extraordinary situations. The inferior functions mainly intensify the person’s weaknesses.

The INFJ stands for the following cognitive functions:

The INTJ personality has the following cognitive functions:

Compatibility Between INFJ and INTJ

When comparing their cognitive functions, it becomes clear that the root of their differences lies in their auxiliary functions, i.e. the INFJs have a more expressed sensitive personality, while the INTJs perceive things through logical thinking.

In other words, this means that behind the calm expression of the INFJ, there’s a person who cares about others and who wants everybody to feel treated equally. On the contrary, INTJs are more driven by tactics, logical explanations, and objective analysis.

Yet, the INFJ and INTJ personalities do stand on common grounds, such as the need to spend time alone to get energized. They are perfectionists that excel in their jobs, and they respond similarly to external stressors.

Both are visioners who act upon their dreams by developing and carefully following step-by-step action plans.

INFJ Vs INTJ – All Differences and Similarities 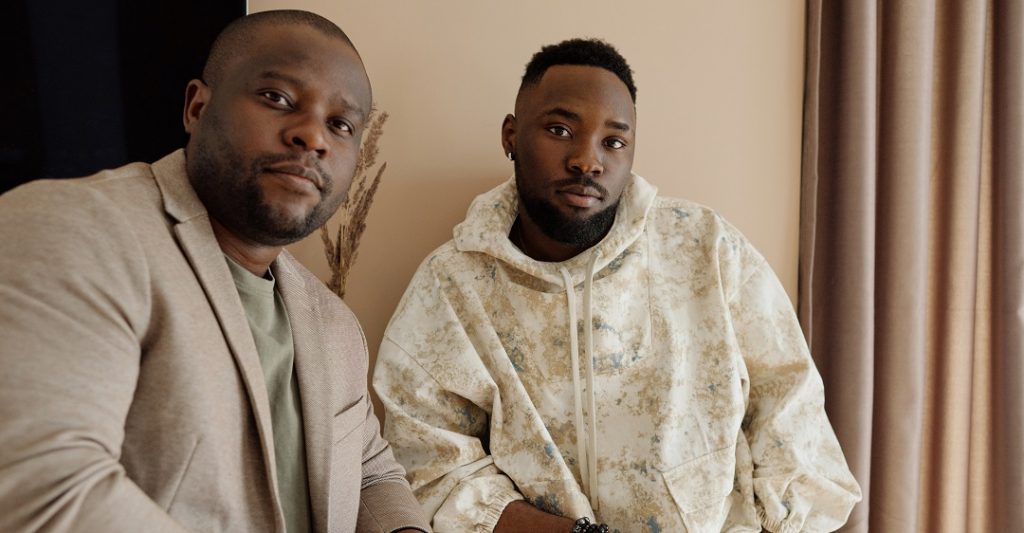 When it comes to values, INFJs stand out as extreme humanists, altruists, and optimists. They are driven by the desire to help people reach their potential, to help those in need, and to make the world a better place.

Nicknamed Advocates or Counselors, INFJs are idealists in action. They are frequently described as people who are never even slightly attracted to material or financial gains.

They are peace-makers who strive to do what’s morally right, and unlike dreamers, they act upon their ideas and make them happen. Our in-depth INFJ personality type article reveals much more about these people, so make sure you read it.

Known by the name of Architects or Masterminds, the INTJ personality type is far from being identical to the INFJ. The INTJs are people who place intelligence and willpower at the top of their values list.

INTJs are bold dreamers believing that anything can be achieved with enough willpower and knowledge. It is rare for INTJs to engage in frivolous activities that don’t result in anything meaningful.

Everything they do revolves around questioning and exploring things, finding a better way, and making things right. INTJs despise lies and superficial people, so honesty and depth are at the core of their values.

Both personality types are future-oriented, but their focal point is different. The central motivation for INFJs is the inherent desire to do the right thing, uplift others, and provide support of any kind.

They are known to be excellent communicators with tremendous listening powers who offer compassion and comfort. They tend to see the big picture and work towards accomplishing their goals with their moral value in mind.

On the other hand, the never-ceasing thirst for knowledge is what motivates INTJs. They pride themselves on their intelligence and rationality.

To create a new concept or to expose a lie is at the core of their motivation. Their independent nature allows them to experiment with a variety of ideas until they reach the desired outcome.

Despite being introverted, INFJs can communicate with everyone fairly easily. Their altruistic nature allows them to focus on what other people say and respond adequately to that.

They never engage in frivolous, meaningless conversations unless their intuitive nature tells them there’s more than what meets the eye.

They never focus on words only – they read the body language as well. They see through what’s said and are capable of detecting the meaning of what’s not said. Therefore, INFJs are particularly skilled in situations where there’s a problem that needs to be solved.

While INFJs engage in conversation out of compassion and pure interest, INTJs are more distant and private. They tend to connect with people they consider to be their equals.

They have strong opinions about almost anything, including who they choose to communicate and share their thoughts with. It is very uncommon to see them in rigid social settings as they consider the latter superfluous and unnecessary.

They love discussing scientific topics, new discoveries, achievements, anything that can stir their curiosity and keep them interested.

INFJs are conflict solvers and peace-makers. So stressful situations keep them reserved and distant. Their ability to see through layers of deception, understand people and sense possible outcomes is always focused on others.

Yet it can often seem that they find it hard dealing with their own problems and listening to their own needs.

INTJs, on the other hand, do not avoid the problem when coping with stressful situations. Regardless of what causes the tension, they feel obliged to solve it.

The best way to deal with stress is to engage in intellectually stimulating activities or to take up a new sport or hobby.

Both personality types seek justice and peace as well as strive to resolve any conflict. However, their approaches differ. INFJs would do anything to please others and find a viable solution to their problem. They have the patience to listen to conflicting parties and use their insights to reach an agreement.

But, when they get offended, or when somebody questions their moral values, they cut the person entirely off their lives, what is notoriously known as the INFJ door slam.

INTJs are justice-seekers, and they would do anything in their power to settle any issues in the fair way to all parties involved. Their thinking function works towards finding a solution even for the most tangled issues. They will enjoy debate about potential solutions for hours, offering facts and evidence.

However, INTJs are quick-tempered, and in case they don’t see the light at the end of the tunnel, they quickly give up, especially if they are not directly involved in the conflict.

INFJ vs INTJ in Dating and Relationship 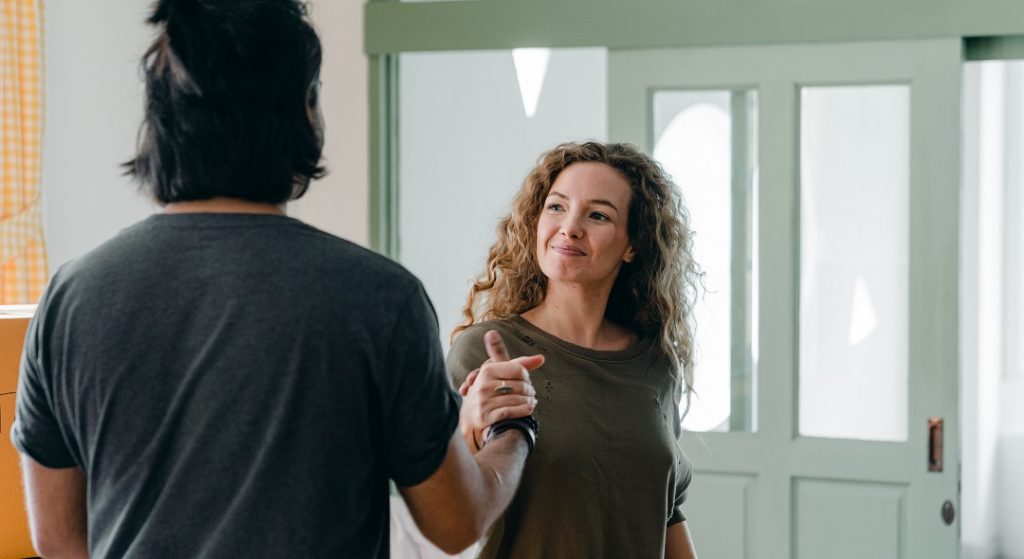 If you put it bluntly, INFJs are overly sensitive, while INTJs are discerning and emotionless. So the relationship between might not look very promising at the first sight.

But, first things first. What draws these two personality types together is their intellect and intuitive understanding.

A soft-spoken, charming INFJ can quickly get the attentive INTJ’s attention and start a relationship based on intellectual conversations and future-oriented goals.

The rationality and the sharp-wittiness of the INTJs can lift the melancholic INFJs, particularly if they are overwhelmed with emotions and struggle to handle them properly. Otherwise, in the case of overbearing the emotional burden, the INFJs can develop the INFJ personality disorders. Mind you, though, that the infamous INFJ stare is not a disorder!

The problems might start popping up when the rather cold INTJs’ demeanor might hurt their hyper-sensitive personality of INFJs.

Because they frequently assume responsibility for solving all problems, they can get trapped in this process. If the INTJ doesn’t get too tired of fixing the unfixable while still giving attention to the INFJ’s emotions, then the relationship stands on firm grounds.

Tips for the INTJ and INFJ Couples

Balancing emotions can help INFJs better deal with the INTJ’s analytical approach. On the other hand, the INTJ should try to find meaning in their partner’s emotional expression and offer support and understanding instead of mocking at their feelings.

Both personality types are introverted and in touch with their inner self. However, the INTJs have a more pronounced need to act solo.

This might hurt the oversensitive INFJ. They might take it personally, start to question their behavior and analyze the relationship from all possible viewpoints. Instead of scrutinizing one’s relationship, INFJs could think about each other’s need for personal space.

When both of you realize that doing your favorite, personal activity in the same room with your partner doesn’t make you feel odd, then you have achieved true togetherness.

Ok, you know how exciting holidays can be. Find a beautiful, nature-rich place, and dedicate your time to each other instead of focusing yourselves.

INFJs often hide what truly worries them behind their emotions. They often sugarcoat things to avoid confrontation.

Instead, they should try to be open, honest, and direct with the INTJ partner. They will appreciate it. INTJs need to be encouraged to express their emotions as it’s important to INFJs.

Both personalities want to see their problems solved quickly. But if their problems are ignored over a prolonged period of time, it can lead to tensions between two partners.

Instead of trying to win the fight, both INTJ and INFJ should do what they are best at – figure the things out in their personal world first.

INFJ and INTJ in a Friendship 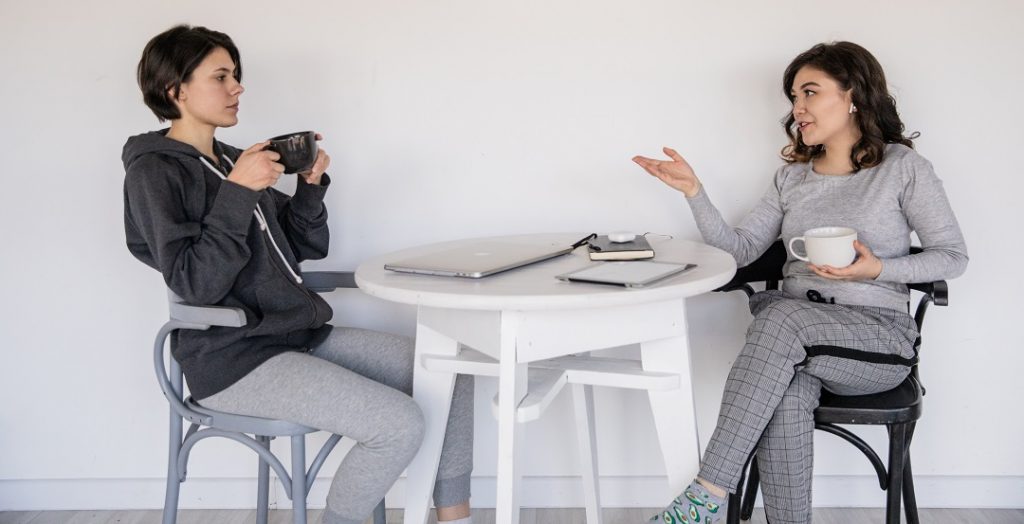 The introverted nature of both personalities keeps their friends’ circle relatively small. INFJs don’t allow many people to enter their personal world.

But those that do, they are there to stay. Similarly to INFJ relationships, their friendships are meaningful and closely knit.

Unlike INFJs, INTJs struggle to find friends to rely on. Since they are generally cold, reserved, and with no genuine need to take part in mundane activities, their friendships quickly cool down. It is the INTJ individual who keeps their friends at bay.

However, it doesn’t mean that INTJs have no friends whatsoever. Once they come across the person with equivalently strong intellectual capabilities, INTJs stick to such a likeminded person.

If an INFJ is their friend, then this friendship can last only if the INTJ nurtures it by keeping regular contact and understanding the INFJ on a much deeper level.

INFJ and INTJ Working Together

Take a look at the recommended INFJ careers and INTJ career paths. You’ll notice the overlap in recommendations of managerial and analytical roles for both personality types. At the same time, there are strikingly different careers that are specific to each of them.

Thanks to their strengths, the INTJs will be more likely to succeed in roles that require attention to detail and the analytical approach to problem-solving. At the same time, INFJs’ humanitarian nature helps them excel in jobs that require social skills.

When working in the same environment, their relationship can range from harmonious completion to sheer frustration and annoyance.

The fruitful complementarity can be achieved on all organizational levels and contexts, as long as the job is morally rewarding for INFJs.

If the INFJs don’t feel the job has any higher purpose, they could become unmotivated and even depressed. Since the INTJs are not able to read beyond what’s obvious, they might perceive INFJs as lazy, creating frustration for both parties.

Final Thoughts About INFJ Vs INTJ

In a nutshell, INTJs and INFJs can be considered as complementary to each other in different aspects. Their introverted nature, intelligence, and the desire to discuss subjects deeply set the foundation for developing long-lasting friendships and romantic relationships.

Both of them are future-oriented and interested in analyzing things at their core.

On the flip side, INFJs’ profound sentimentality is often an enigma for the logical INTJs’ mind. Hence, the former often feel neglected and misunderstood by their INTJ friends or colleagues, as the latter focus on practicality and efficiency.

Some people define the INTJ personality type as selfish and arrogant, but it is just how they perceive the world around them. 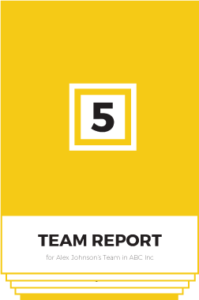