INTP (The Logician) Jobs & Careers – Which To Choose, Which to Avoid & Why

INTPs are often misunderstood and undervalued in the workplace. They have a unique set of skills that can be leveraged to great effect, but they’re not always appreciated because their coworkers don’t understand them.

If you’re an INTP at work, you might find yourself surrounded by people who just aren’t “getting it.” You’re more logical than others so you see things differently than your colleagues or bosses.

This is frustrating for everyone involved because no one understands why you do what you do. It’s like trying to communicate with an alien species.

This article will help give you a better understanding of what jobs may be right for an INTP based on interests and abilities. We’ll also show how those careers may fit with your unique personality. Let’s get right into it.

Jobs for an INTP personality are best when they provide a high degree of autonomy and freedom. These careers will feel right because you have the power to follow your vision, rather than a strict set of rules to follow.

Since an INTP is constantly observing and thinking about things, you’ll uniquely see the world. It will feel easy and natural to develop innovative new solutions to problems that others have struggled with.

This is ideal for an INTP personality because you get to solve complex problems and leverage your creativity at the same time.

In fact, here are 10 best careers for an INTP:

This is great for an INTP because no manager is breathing down your neck. You’ll have absolute control over how you complete tasks and you can work on them at your own pace.

This is a great job for an INTP personality because it allows you to be a problem solver in a comfortable environment without bosses trying to evaluate every move.

Statistics is a field that relies on logic and reasoning so it’s right up the alley of an INTP. It will feel like home.

You’ll be interested in exploring the numbers and creating new ways to solve problems.

You are drawn to mathematics because of its beauty, precision, and symmetry, all qualities that appeal to your logical mind (in fact, the INTP personality is known as The Logician).

You will feel a sense of peace when working on such problems because you have found your home. Math is where you belong.

The best thing about working as a web designer is that you get to use your creativity to build something new and exciting. You’ll feel connected with the world in this job.

Moreover, you also have the freedom to do things your way, instead of following someone else’s rules.

This is a great career for an INTP personality because it allows you to think out of the box and be creative while using your logic skills.

You’ll find yourself solving problems that others have struggled with.

Journalism has become more difficult in recent years because there are so many voices trying to be heard at once, but it’s still a good profession if you want to share your point of view with the world. Having your blog would also work well for an INTP person.

This job is great for an INTP personality because you get to manage multiple things at once and use your creativity to come up with new ways of accomplishing tasks.

This would be a great job for an INTP personality because it’s all about thinking creatively, solving problems, and challenging yourself. Plus, it doesn’t require constant supervision from other people so you’ll have the freedom to work independently.

You’ll enjoy the solitude and focus that comes with this career while you’re working quietly on complex formulas or theories. Not everyone will understand why you do what you do, but that won’t bother you since they don’t matter in the grand scheme of things.

The following are careers that you should avoid because they would not be a good fit for your INTP personality: 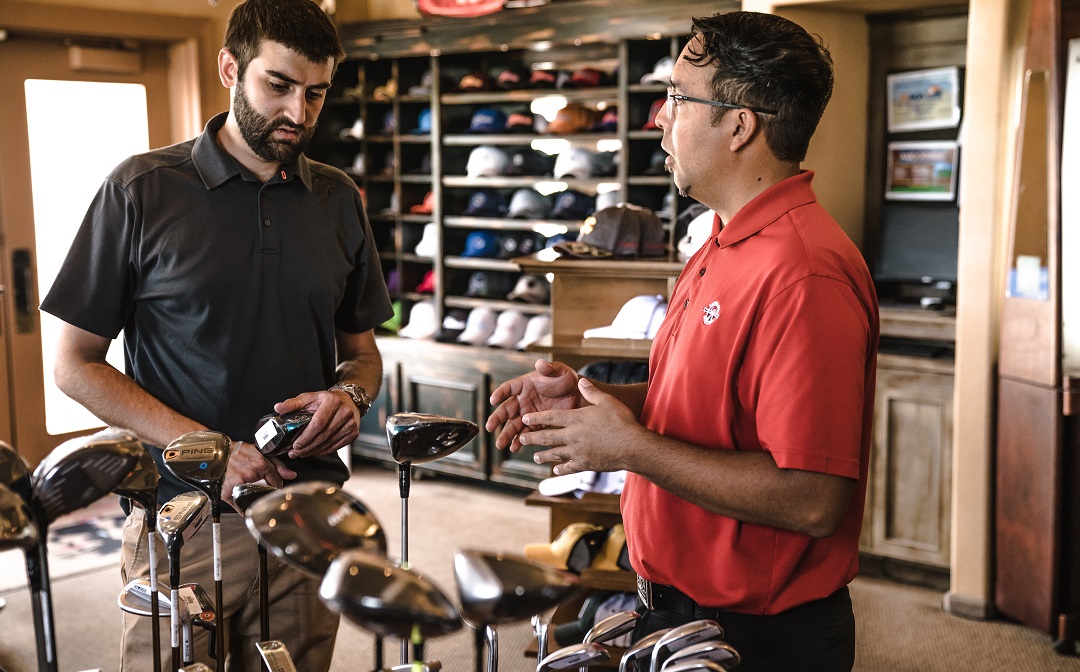 INTP’s Core Strengths and Weaknesses in a Working Environment

When it comes to an INTP strengths profile in the workplace, as an INTJ, you have to consider both your preferences (what you like to do) as well as your abilities (what you’re good at). Remember, we all possess strengths and weaknesses.

You are visionary, determined, and independent. You also have a keen interest in theoretical possibilities which you can use to solve problems for others.

Finally, because of your self-reliance, you usually work very independently and can be trusted with tasks on your own without needing constant supervision from management. Also, consider that INTPs are usually open-minded and innovative.

This combination of traits makes you a great candidate for things like brainstorming sessions, where one can bring new ideas to the table. Because an INTP is not bound by tradition or social norms, their views may be completely fresh.

Because we all have weaknesses as well as strengths, it’s important to take a look at what would be a bad fit for an INTP personality in the office environment. In particular, a logician struggle with things like office politics and working on a team, so they’re not likely to do well in those situations.

They may also tend to be rigid in their thinking and have difficulty adapting when necessary. Moreover, because INTPs are usually quiet and reserved, they may not get along with more outspoken personalities.

In addition, while they might have a great deal of passion for the important things in life, they can have trouble expressing that passion to other people. These weaknesses would make it difficult for an INTP personality to work well in jobs that involve: public speaking; teamwork; dealing with sales or clients; and working under tight deadlines.

When an INTP is working in a team, they may struggle with social interpersonal skills. They can appear insensitive and detached from others which makes them a poor candidate for management positions.

Even though INTPs are innovators, they tend to show their creativity in individual tasks rather than brainstorming sessions where they have to consider other people’s perspectives as well.

When an INTP is behaving like a leader, their quiet and reserved nature can cause them issues. They don’t naturally seek the limelight, so they may have a hard time stepping up to the plate when it comes to management responsibilities.

INTP Working in a Team/Group

INTPs in a team environment will value independence, creativity, and freedom. They tend to be loners, so they don’t like being monitored all the time. They also need a certain degree of flexibility in their work environment because they won’t respond well to micromanaging.

Next, they may not appreciate social interaction as much as other types might do, but that doesn’t mean you can’t communicate effectively with them. For example, if there’s a problem or issue at hand that requires their attention, keep it short and specific rather than open-ended or vague when communicating with an INTP.

INTP Working as a Leader/Manager

INTP’s are not usually great leaders or managers. They may have difficulty communicating with others and being assertive with them which would make it hard for them to be effective as managers or leaders. They can even appear intelligent but blunt and insensitive.

In addition, they may find the administrative aspects of a leadership role demeaning since they prefer independence and freedom in their work environment rather than close supervision from a supervisor. 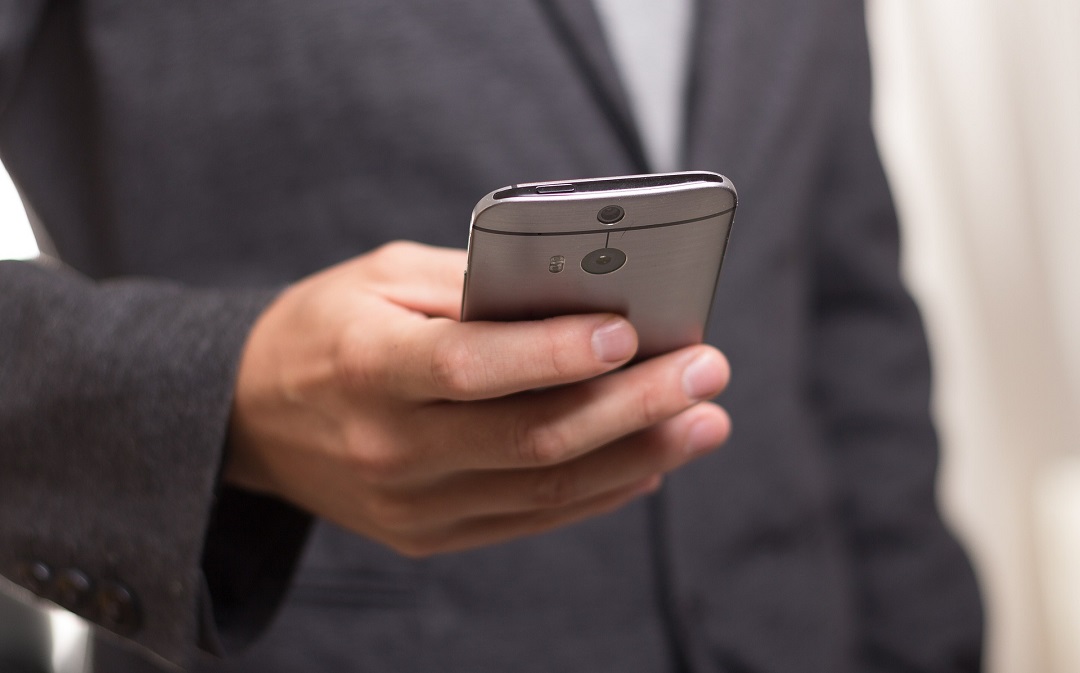 Moreover, this personality type is independent-minded which makes them less likely to follow rules that don’t seem necessary to them given the circumstances surrounding the situation.

On top of that, they have trouble with delegation because they prefer to do things on their own whenever possible instead of asking others for help. INTP personalities naturally enjoy working on individual and imaginative tasks more than group projects or keeping up with social niceties required in a corporate setting.

They may even be perceived as odd or eccentric by other types who can’t understand why they keep to themselves so much or ignore the necessities like going to meetings when necessary.

However, if you consider their personality type, it’s not hard to see why this type would stand out from others. First off, they’re very private and reserved about their personal lives which means that co-workers will rarely hear anything about how their life is outside of work.

Secondly, they’re innovative and enjoy thinking in an open-ended and imaginative way which can make them seem like eccentrics who think differently from most others.

Since INTPs are more interested in the theoretical possibilities than actually using practical applications, others may not understand why this type would approach problems in a roundabout way when it’s easier to simply get to the point.

What careers are best for INTP?

This personality type is most likely to succeed in the following professions: 1) computer programming; 2) science-related fields; 3) computer technology. Probably the career that would be least suitable for a person of this type would be in sales or marketing because they may have trouble communicating their vision, and this is key to gaining support from clients or co-workers.

In conclusion, INTP personality types can be a bit eccentric and different from others (such as the Architect) which can lead to difficulties in finding their place in the world. However, they’re highly independent thinkers who have no problem thinking outside of the box and ignoring conventional wisdom when necessary.

This type isn’t afraid to go their own way instead of doing what everyone else is doing if it’s more productive or efficient for them. Keep in mind that this type isn’t necessarily shy or anti-social, they’re just private and reserved about their life outside of work.