Who Is Martin Seligman & His Legacy in Psychology 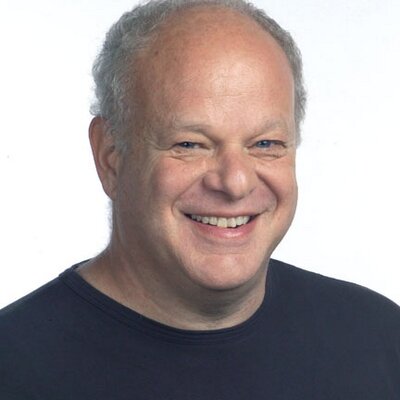 Dr. Martin E. P. Seligman’s Biography and His Impact in The Field of Psychology

Who is he: American psychologist, educator, and writer. Seligman is the Zellerbach Family Professor of Psychology in the University of Pennsylvania’s Department of Psychology.

Martin E.P Seligman is considered the father of the new science of positive psychology and one of the most influential psychologists of the modern psychology era.

His theories on Positive Psychology and Learned Helplessness have switched the course of the psychological perspectives and developed a field that focuses on people in general rather than those ‘in need.’

Famous Quote: “Curing the negatives does not produce the positives.”– Martin Seligman

Martin Seligman developed a theory on learned helplessness that delivers an understanding of why certain individuals feel helpless and powerless when faced with difficult situations, even when there are possibilities to avoid a negative outcome, particularly after a series of adverse events had affected their lives.

His PERMA theory of well-being is another theory that offers a solution for living a happy and meaningful life.

The three levels of happiness are the good life, the pleasant life, and the meaningful life as implied by Martin Seligman in his book Authentic Happiness.

Martin Seligman is a founding father of the modern field of positive psychology. His positive psychology is a scientific field that aims to help people learn the proper skills in order to deal with the adversaries of life and achieve positive well-being.

Seligman created a systematic theory and developed a scientific method to study the reasons why people experience happiness. In his positive psychology, the concept of happiness consists of three main dimensions: the Pleasant Life, the Good Life, and the Meaningful Life.

Martin Seligman’s Researches and Impact in a field of Psychology

Martin Seligman graduated philosophy from Princeton University in 1964 with the highest honors and continued his education at the University of Pennsylvania to study psychology.

In 1967 he earned his Ph.D. at the same university, while in 1989, he received his honorary doctorate from the Faculty of Social Sciences at Uppsala University, Sweden.

In 1998, Seligman was elected President of the American Psychological Association (APA) for the same year. He is the founding editor-in-chief of APA’s electronic journal called Prevention and Treatment. In addition, he is on the board of advisers of Parents magazine.

His interest in depression was the basis for starting the experimental studies and the development of the theory of “Learned Helplessness” at the University of Pennsylvania in 1967. He then served as the director of the clinical training program at the same university for about 14 years.

Today, Seligman is the Positive Psychology Center director at the same university where he started his experimental studies. He is also the Zellerbach Family professor of psychology at the Department of Psychology at the University of Pennsylvania.

The theory of “learned helplessness” was conceived by accident while working on experiments related to depression at the research unit at the University of Pennsylvania in 1967.

He and his colleagues were doing experiments that involved animals, and one supposedly failed experiment offered the development of a new theory that later on was named ‘learned helplessness’.

The theory argues that when people and animals have endured particularly adverse situations, find themselves unable to avoid unpleasant, even harmful situations, even when they have the power to change the circumstances or escape from the situation.

This phenomenon mainly occurs when the subjects are continuously exposed to harmful stimuli that they find impossible to escape.

Those findings were related to humans who often feel helpless or desperate. The adverse events have the power to force them to think that they are incapable of finding a way out even when there is one.

Clinical depression is closely associated with a similar mindset, so this theory has led to multiple related studies that helped psychologists understand the basis of depression and its associated conditions.

Later on, Seligman started working with the military to help soldiers better deal with post-traumatic stress disorder (PTSD). He used his insight into learned helplessness to break down the obstacles in their minds and help them thrive in the unbearable conditions by guiding them to see the light at the end of the tunnel.

Martin Seligman is considered to be the founder and the father of positive psychology. Unlike his fellow psychologists who mainly operated in mainstream psychology that tackled predominantly mental disorders, Seligman took an utterly radical approach.

His approach, however, is not a separation from traditional psychology, but it complements it in its weakest parts – it studies the factors that lead to living a meaningful and fulfilling life.

The theory implies that for a person to achieve a state of happiness, it needs to go through a process that involves overcoming challenges, redefining attitudes, and working on activities that involve the individual in a meaningful process.

Up until early 2000, all psychologists around the world had one basic manual called the Diagnostic and Statistical Manual for Mental Disorders (DSM) and was considered the Bible in the psychology world.

Yet, statistically speaking, for over a century, most psychology studies related to negative emotions, and very few of them tackled positive topics like optimism, talent, and creativity.

By no means was that orientation wrong, though. People suffered a lot, and all the effort was directed towards finding a treatment for existing illnesses and conditions. That resulted in finding treatment for 14 psychological diseases that were considered incurable.

However, Martin Seligman recognized the failure of the psychology of that time to work on human strengths, talents, virtues, and other positive aspects that create a positive, meaningful life.

Therefore, together with Christopher Peterson, they created the so-called ‘positive’ counterpart to the DSM that looks at what can go right instead of what can go wrong.

Their Character Strengths and Virtues was published in 2004 and offers a completely new perspective on life’s positive aspects.

The point of CSV is to help people see that in addition to their mental disorders and weaknesses, there is an array of strengths and potentials they possess that can help them create a more positive vision of themselves and their capabilities.

The classification system compiled in the book represents a work of extensive research that expands through cultures, traditions, values, and millennia filtering the data into a list of virtues applicable to all times and peoples worldwide.

The summary of the six virtues and their building blocks (character strengths) are structured as follows:

Virtue of Wisdom and Knowledge: This virtue consists of six strengths: creativity, curiosity, open-mindedness, love of learning, perspective, and courage. These strengths involve knowledge acquisition and use.

Virtue of Courage: Bravery, persistence, integrity, and vitality are the four strengths associated with this virtue. These strengths mean the ability to accomplish goals when opposed or prevented.

Virtue of Humanity: The strengths associated with this virtue are love, kindness, and social intelligence, and their purpose is caring for others and socially engaging.

Virtue of Justice: These strengths include fairness, leadership, and social responsibility, including loyalty and teamwork. Their purpose is to create a stable and firm community.

Virtue of Temperance: These strengths help us remain balanced and refrain from excessive behavior. Those are forgiveness and mercy, humility and modesty, prudence, and self-control.

Virtue of Transcendence: These strengths help people find a greater understanding of the meaning of life and offer hope. They involve gratitude, hope, appreciation of beauty and excellence, humor, and spirituality.

Correlated with the theory of positive psychology, Martin Seligman focused on the feeling of happiness, but in a more profound aspect.

It is not the short-term emotional overflow that we get from time to time when we get something we wanted or achieved. What he implied with the notion of happiness is the long-term emotion of content and feeling fulfilled.

According to Seligman, lasting happiness is not inherited but is achievable and upgradable. A person can learn how to be happy and craft his/her own happiness when focusing on his/her strengths rather than their weaknesses.

This is what he claims in the book Authentic Happiness which has been a worldwide bestseller, helping others unlock their potentials by recognizing and developing their virtues and strengths.

The Three Dimensions of Happiness 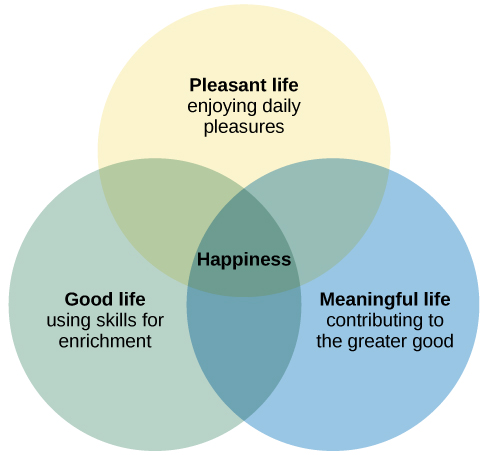 In his book Authentic Happiness, Seligman defines happiness as a term that defines a long-lasting state of well-being, made up of positive emotion, engagement, and meaning. The three dimensions he describes in the book are:

The Pleasant Life – focuses on creating and experiencing positive emotions and positive experiences. People see themselves happy if they do pleasurable things and indulge in new experiences.

The Good Life – one can lead a good life if the individual is aware of his/her strengths and uses them consciously to enhance positive feelings and pursue life goals.

The Meaningful Life – if a person has a meaningful life, it means he/she uses their strengths for higher purposes and includes assisting or helping others grow.

The PERMA Model and Well-Being 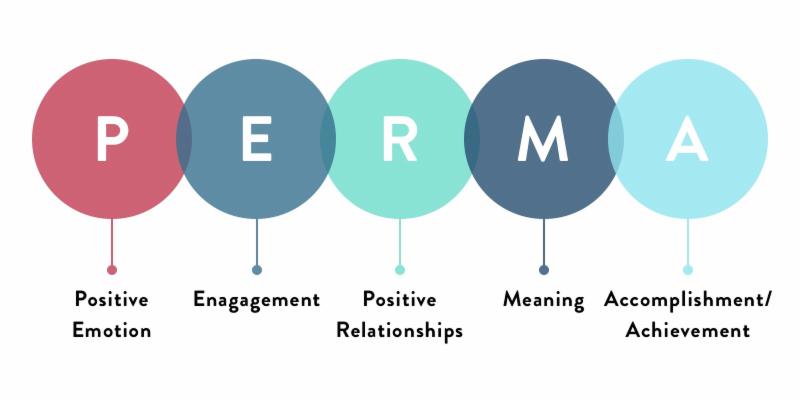 Martin Seligman spent years developing and studying the theory of positive psychology. In line with it, he developed a theory on well-being that he called the PERMA model.

The model is detailed in his book Flourish, 2011, which came as a result of his long-term involvement with soldiers. It represents a template that explores how people function and what is crucial to achieving lasting happiness.

In this model, he recognizes five main features that he considers crucial for optimal well-being. These features are:

Positive Emotion – measures and assessed subjectively, and it is entirely personal.

Engagement- it depicts the presence of a flow state, i.e., a complete engagement in a pleasurable activity.

Meaning – serving or belonging to something bigger than the individual’s needs.

Accomplishment or Achievement- it is the final outcome of an engagement that doesn’t have to include any emotions at all.

Each of these elements consists of three properties that make up the element, i.e., it optimizes the feeling of well-being, it is self-fulfilling, and it is defined and measured on its own.

Founded under professor Seligman’s leadership, the Master of Applied Positive Psychology (MAPP) at the University of Pennsylvania is the first educational program that offers a degree in positive psychology.

The program is organized into nine courses and lasts one academic year. It introduces the students to the history, theory, and research methods of positive psychology while offering application in professional settings.

Martin Seligman was born on August 12, 1947, in Albany, New York, to a Jewish family. He attended public school, and then he enrolled at the Albany Academy for Boys- a private military school and was the first to complete it successfully.

After graduation, Seligman was faced with a trilemma. He had the chance to study animal experimental psychology at the University of Pennsylvania (UPENN).

He was offered a scholarship to study analytic philosophy at Oxford University, or he had the chance to become a professional bridge player. He chose psychology as his innate drive was to help people.

While working on his Ph.D. at UPENN, he and his colleague Steve Maier developed the theory of learned helplessness, which later led to breakthroughs in the treatment of depression.

After receiving his Ph.D. in psychology, he shortly worked as an assistant professor of psychology at Cornell University. However, he worked there for a brief time, and then he returned to UPENN as a psychology professor. 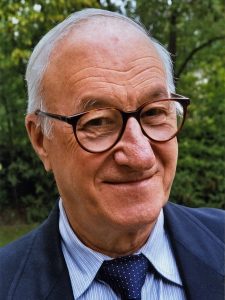