Democratic leadership is a style of leadership that is based on the participation of group members in the decision-making process.

It is characterized by a high degree of openness and communication, as well as a focus on collective goal-setting and problem-solving.

Setting up a democratic leadership structure can have several advantages for your organization.

On the other hand, several key characteristics need to be in place for democratic leadership to be effective.

In this article, we’ll explore the concept of democratic leadership, its key characteristics, and some examples of how it has been used effectively in organizations.

Let’s dive deep into this topic. 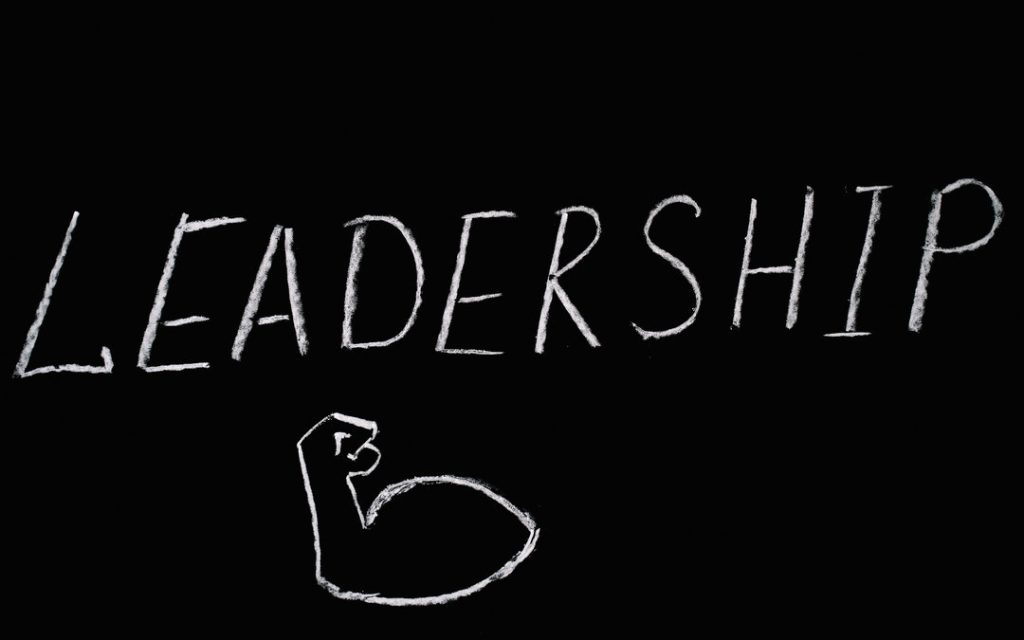 What is Democratic Leadership? Definition & Meaning

Since its inception, democratic leadership has been used in a variety of different settings, including businesses, governments, and educational institutions.

In recent years, it has also gained favor as a model for online communities and social networks.

When it comes to its uses in organizations, democratic leadership can take several different forms.

In some cases, it may simply involve soliciting input from employees on important decisions. In others, it may give employees a greater say in how the organization is run.

At its heart, democratic leadership is about empowering employees and leveraging their collective knowledge to make better decisions.

This type of leader believes that everyone has something to contribute and that by harnessing the power of the group, organizations can achieve more than they would be able to with a traditional hierarchy. 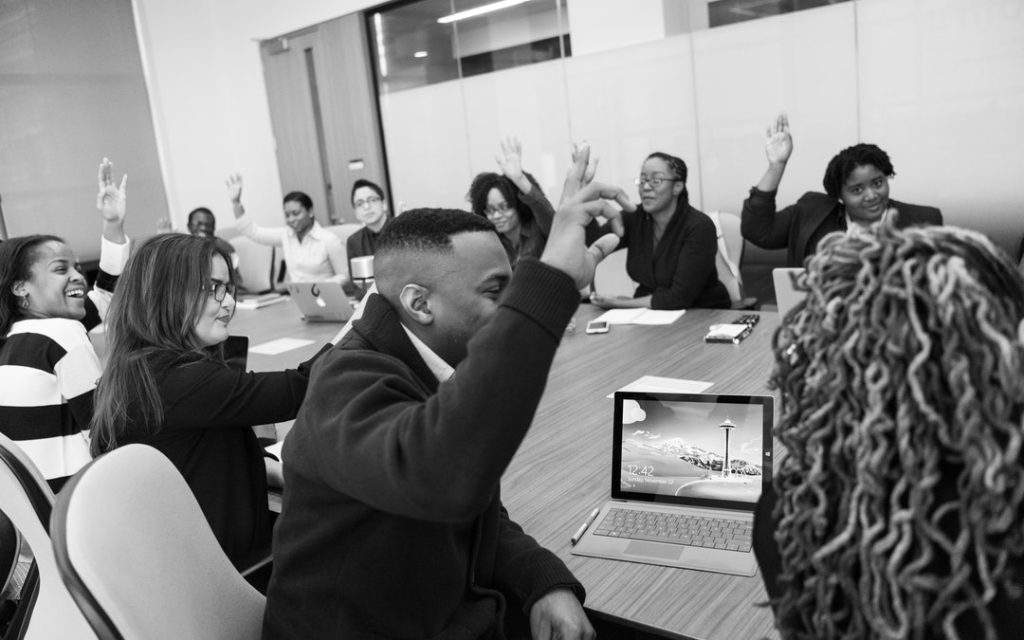 The key characteristics of democratic leadership include the following:

One of the key characteristics of democratic leadership is its emphasis on openness and communication. Leaders in this style are always looking for ways to involve group members in the decision-making process, and they place a high value on transparency and collaboration.

Democratic leaders believe that collective goal-setting and problem-solving are essential for achieving success. They focus on creating an environment where everyone can contribute their ideas and expertise, and they work together to find solutions to problems.

Democratic leaders empower employees and encourage them to be active participants in the decision-making process. They believe that employee engagement is key to achieving success and that by giving people a voice, they will be more motivated to do their best work.

Democratic leaders are results-oriented, and they believe that the best way to achieve success is by working together as a team. They are always looking for ways to improve performance and meet objectives, and they hold everyone in the group accountable for their actions.

Democratic leaders are flexible and adaptable, and they are willing to change course if it means achieving better results. They are open to new ideas and different perspectives, and they know that there is no one-size-fits-all approach to leadership. 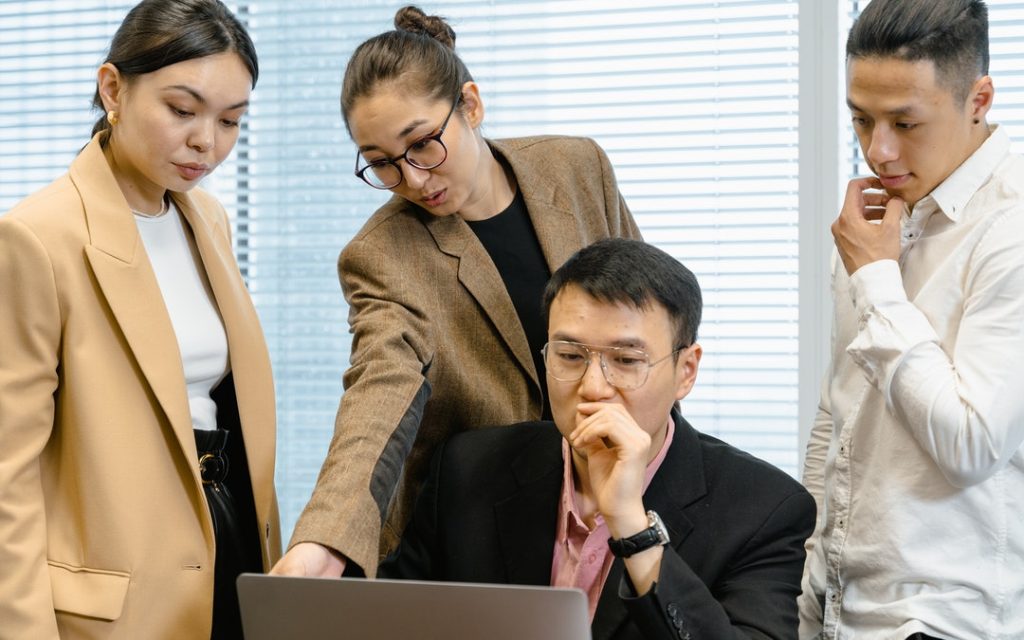 Now that you know what democratic leadership is, it’s important to understand the qualities that are essential for it to be effective.

Here are 10 key qualities of individuals who employ democratic leadership:

These are just a few of the qualities that are essential for democratic leadership to be effective. If you want to be a successful leader, you must work on developing these qualities.

Some of the best practices and uses of democratic leadership include:

Overall, democratic leadership can be a valuable tool for organizations looking to improve communication, teamwork, and productivity. It is effective in a variety of settings and can help to promote creativity and innovation.

Additionally, it can help to build trust among team members, which can be beneficial for both the individual team members and the organization as a whole. 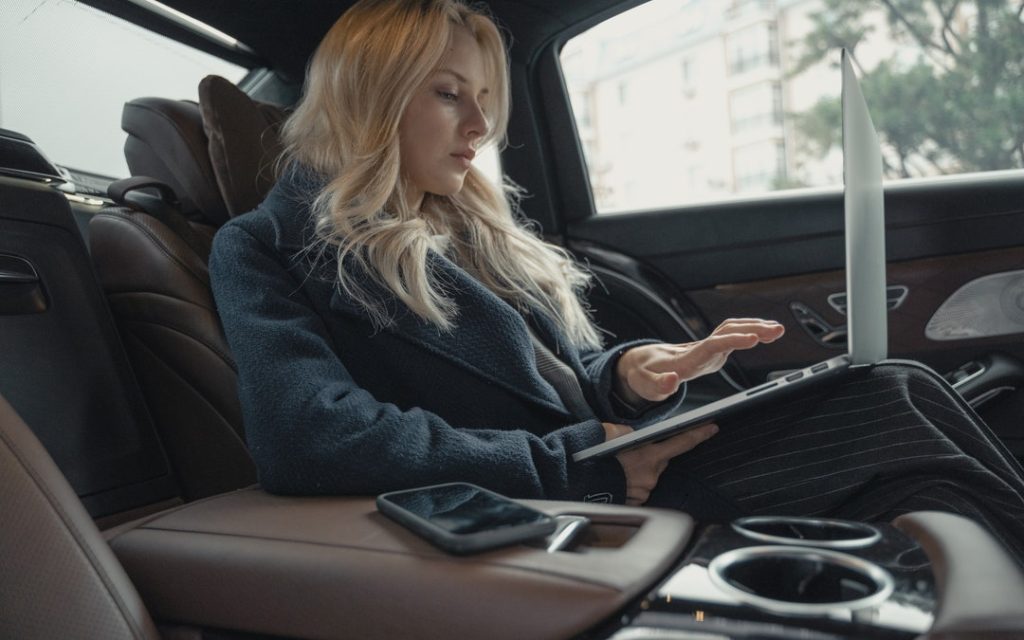 The following are some careers that lend themselves well to the use of democratic leadership: 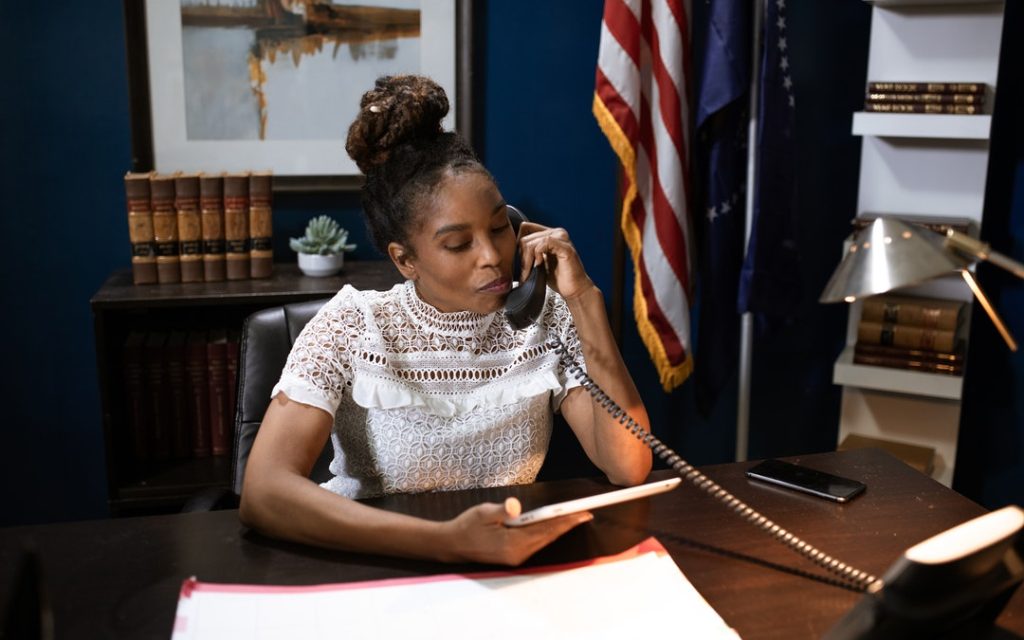 Every leadership style has advantages and disadvantages when it comes to running a group or organization.

Here are some of the pros and cons of democratic leadership.

Who Is a Good Example of a Democratic Leader?

While you might know some good examples of democratic leaders in your personal life, you might be wondering who some notable historical figures are that fit this description.

Here are a few examples of famous democratic leaders:

These are just a few examples of famous democratic leaders. Many others could be added to this list. 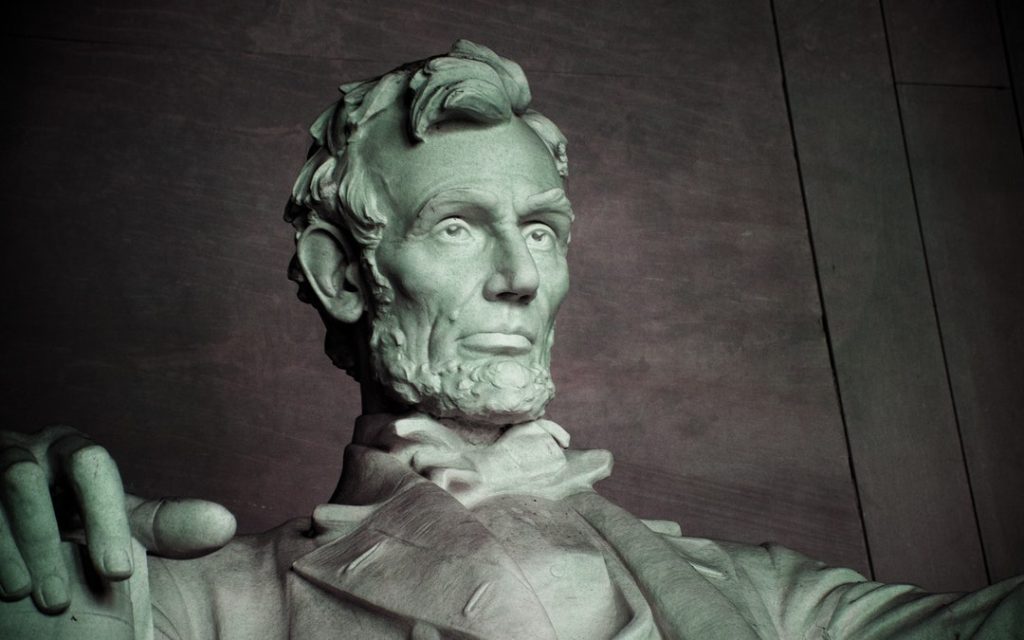 Bonus: What Is the Core & Main Role of a Democratic Leader

Democratic leadership can be a very good way to lead people. Everyone needs to have their say and have input on how things are done so that it feels like they are part of the team.

Democracy gives everyone a say, and it ensures that the leader is accountable to the people.

The main role of a democratic leader is to make sure that everyone has a voice and that they are being heard. The leader must also be responsible for making decisions that are fair for everyone.

They need to be able to compromise and work with others to come up with the best solution possible.

Researcher Kurt Lewin helped elaborate on the benefits and value that groups can bring to organizations and leadership.

Lewin’s work was groundbreaking in that it shifted the focus from individual leaders to group dynamics and how groups interact.

One of his most famous studies, the “T-Group” or training group, found that people learned more effectively when they were placed in a situation where they had to solve problems together.

From this research, Lewin developed the idea of democratic leadership, which he described as a “leadership style in which all members of the group participate equally in decision making.”

This type of leadership is based on the belief that everyone has something valuable to contribute, and that the best decisions are made when all voices are heard. 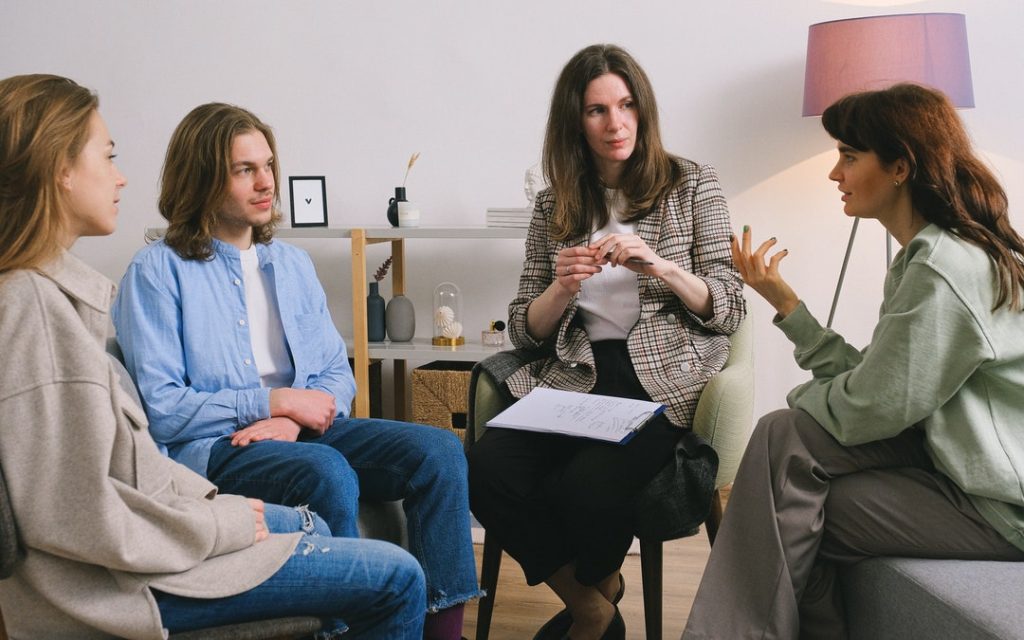 The following are some books to consider if you’d like to know more about being a democratic leader.

The Spirit of Democracy: The Struggle to Build Free Societies Throughout the World Paperback, Larry Diamond

In 1974, three-quarters of the world’s nations were dictatorships; presently, more than half are democracies. However, recently democracy has been facing a backlash in various countries.

The Spirit of Democracy examines why some countries succeed in establishing and maintaining democratic societies while others do not, and looks at the implications for democracy’s future.

Understanding how the past three decades have brought us to various dark moments is essential to mounting an effective defense of our democracy.

In Ill Winds, Larry Diamond dissects the rot that has set in and identifies the forces-both domestic and foreign that are fanning the flames.

Having spent more than twenty years studying democracies in Latin America, Africa, Eastern Europe, and the Middle East, Steven Levitsky offers a new definition of democracy and identifies four key threats to it: weakening of party systems, erosion of civil society, the decline in the quality of journalism, and the rise of authoritarian populists.

Looking at society from both a young and an old person’s perspective, Polyarchy considers a series of questions: How do we become mature and reasonable persons able to participate effectively in social life?

What are the obstacles-internal and external-to such as maturation? Is it possible for all citizens to participate fully in government?

Being one of the most often quoted books in American political thought, Alexis de Tocqueville’s Democracy in America is a detailed analysis of how democracy worked in early America.

It’s a must-read for anyone interested in understanding the history and principles of democracy.

What is the importance of a democratic leadership style?

Democratic leadership is important because it allows team members to have a say in how the team is run.

This type of leadership encourages creativity and innovation, as team members are allowed to share their ideas and suggestions.

Additionally, democratic leadership builds trust and respect among team members, as everyone has a voice that can be heard.

Is democratic leadership the best style of leadership?

There is no one “best” style of leadership – each style has its advantages and disadvantages.

That being said, democratic leadership can be an effective style of leadership, particularly in situations where creativity and innovation are valued.

Additionally, this style of leadership can help build trust and respect among team members.