If this is the first time you are coming across the phrase ‘positive punishment,’ it might sound oxymoronic. The idea about punishment involves feelings of distress, embarrassment, or consequences for doing something bad.

On the other hand, the concept of ‘positive’ involves something good, flourishing, and beneficial. So, it is understandable to ask how the two completely opposing terms got together.

Contrary to the commonly accepted meaning of the word ‘positive,” it has a slight modification in the context of positive punishment.

In positive psychology, it is used to indicate behavioral modification, i.e., something is added to certain behavior to exert a change that will provoke unpleasant consequences.

Some examples of positive reinforcement include praises, recognition, foods, and treats.

Positive punishment in sports involves measures that add negative consequences for the team or the player. Such examples are the red or yellow card in football, added scores in golf that increase the handicap, playing overtime in various sports when teams or players draw the score.

Positive punishment, when implemented adequately, discourages the behavior and teaches that when repeated, it will deliver the same consequences.

What is Positive Punishment?

The concept of positive punishment refers to the idea of adding an effect to a specific behavior to produce discouragement and a complete disengagement in repeating it.

The term ‘positive’ refers to the added consequence of a given action. For instance, if you eat bad food, you’ll get sick, or if you disobey traffic rules, you’ll get fined,i.e., the ‘result’ of the misdemeanor leads to positive punishment.

Positive punishment represents one of the four methods that lead to behavior change. These were introduced by Skinner (1971) in his theory of operant conditioning. The four types include:

The core purposes of these methods are the following:

Skinner was a behaviorist who developed the theory of operant conditioning (1971). Since he firmly believed that nurture, i.e., external factors affect people’s behavior, he conducted various experiments in his attempt to offer a model that explains why and how people behave under certain circumstances.

He wanted to prove that Pavlov’s theory on classical conditioning (the predominant theory of that time) did not offer a detailed explanation of complex behavior tendencies.

The Operant Conditioning Theory rests upon the idea that when a behavior is rewarded, it tends to be repeated, when it is punished, it is discouraged.

Behaviorists firmly believe that humans (and even some animals) behave based on the input and the influence they get from the environment where they reside.

He defined four possible alternatives that result in a behavior change and deliver different outcomes.

Consciously or subconsciously, we all use or are subject to positive punishment in our daily lives. Think about the following situations:

All these are examples of positive punishment, i.e., there are added consequences that are aimed to prevent the behavior from happening again.

Despite the fact that the positive punishment is a purposeful action administered by another person, there are also examples of when it happens naturally (the pain you get when you accidentally touch a hot stove).

There are multiple beneficial effects of positive punishment, even though the term ‘punishment’ is often associated with negative outcomes.

However, in operant conditioning, it simply means discouragement to do something by using added stimuli like scolding, hand grabbing, extra work, or writing.

Of course, experiencing them involves feelings of intimidation, embarrassment, frustration, and even pain. Anyway, these strong emotions do play the role of bad-behavior prevention and have the following outcomes:

However, no matter how effective positive punishment might be, it should have controlled use, which will not create an opposite effect.

Therefore, whoever administers positive punishment (parents, teachers, caregivers) need to be aware that preventing a behavior from happening occurs only in combination with reinforcement and explanation of its importance.

Having said that, it would be very effective if you administer positive punishment while offering a valuable lesson to learn.

Since there’s a possibility for children to forget the consequences when the punishment is no longer implemented, they need to have an alternative model of a desirable behavior so that they suppress the one that is not desirable.

Those forms of punishment like slapping, spanking, or verbal aggression might backfire and make the children more violent in the future.

Numerous studies have shown that physical aggression can cause inner frustration, fear, and resentfulness that produce emotionally unstable and insecure adults.

Plus, if the child develops overly expressed fear, he/she might withdraw and become socially isolated.

Therefore, the ideal way to use punishment is in combination with reinforcement and providing a model behavior.

Many parents feel utterly perplexed when they have to deal with repetitive children’s misdemeanors. We have already discussed that physical punishment is not advisable, but positive punishment is far from physical.

The following punishment tactics (James Lehman) can be used when disciplining children:

Positive Punishment in the Classroom

There are numerous ways positive punishment is used in the classroom, without even being aware of it. Some of the examples include:

Detention – This measure is often implemented when students break classroom or school rules, such as verbal insults, fights, texting during classes. It is believed that students will have time to think about their behavior and understand the consequences.

Doing extra school work – If a student misbehaves in class, the teacher can punish the student by making him double the school work.

Yet, teachers need to be aware that positive punishment might not be efficient if it embarrasses the student in front of peers. Since peer pressure for many students can be overwhelming, it will just make him/her more hostile and reserved if the student feels dishonored.

Therefore, it is recommended that teachers combine positive punishment with positive reinforcement.

The difference between the two is quite straightforward. Positive punishment discourages behavior from happening, while positive reinforcement encourages good behavior.

In other words, when a child does something inappropriate, you add something to it to discourage the behavior from happening. That is positive punishment.

Positive reinforcement encourages the behavior by adding something to it. For instance, when a child behaves well while shopping, the parents could offer a small reward such as ice cream or a toy to reinforce that behavior.

Positive reinforcement sends a message that the behavior the child exhibited is acceptable and appreciated.

We already know that positive punishment involves adding stimuli so that unwanted behavior is not repeated. Negative reinforcement, on the other hand, means taking away stimuli that are not wanted.

For example, if a teenager comes home late, he/she might not be allowed to go out for a week. That is positive punishment. When detention is removed, that is negative reinforcement.

Pros and Cons of Positive Punishment

Despite the negative reference of the concept of punishment, as we could realize, its purpose is to discourage negative behavior. This means when used adequately, it can produce important effects, such as:

You have already realized that positive punishment is not the ideal method, and it has some downsides as well, such as: 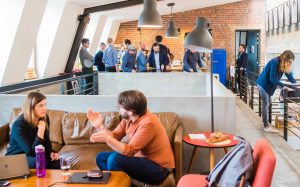 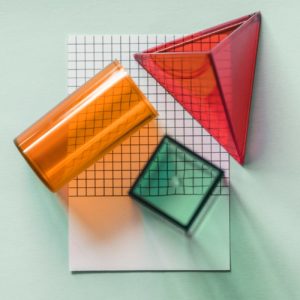 5 Dysfunctions of a Team: What They are and How to Overcome 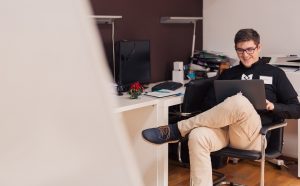 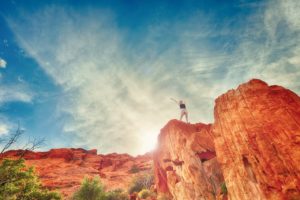 Use Your Strengths To Build Confidence 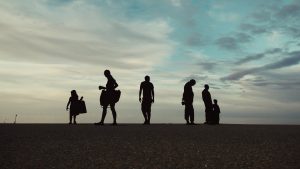 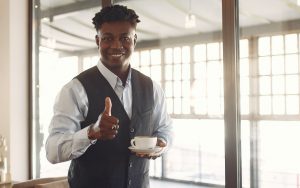