What is Altruism? Definition, Meaning & Examples

Altruism is a quality that has recently come under fire. While some believe altruistic behavior is the epitome of goodness, others regard it as purely evil.

Multiple popular philosophers and thinkers, including Ayn Rand and Mother Teresa, have conflicting views on the subject. In general, those with altruistic tendencies tend to be selfless.

They believe leading an ethical life involves putting the needs of others above yourself. Nonetheless, altruism can end up hurting individuals, even when the effect is not intended.

In this article, we will provide you with the pros and cons of altruism. We will also show the impact of altruism and how you can apply it to your everyday life if you would like.

What is Altruism? Meaning & Definition

Altruism is the polar opposite of selfishness. The basis of altruism is caring for others before you care for yourself.

At times, this could mean sacrificing something for the good of others. When you perform an act out of altruism, you do not have an expectation of reward.

Instead, you do these acts simply because you are an ‘Others-Centered’ Person. Altruistic people do not seek out a hidden reward, and their only motivation is seeing the lives of others improve.

There is more than one form of altruism, though. Reciprocal altruism does include expectations of reward.

People who perform an act of reciprocal altruism also want something back. However, most people perform these acts purely unselfishly.

The reward they seek is an intangible reward: the great feeling of helping someone.

Acts of altruism may have a number of benefits. They do have genuine drawbacks, but effective altruism can benefit not only you, but the individual you are helping as well.

A few examples of positive effects related to altruism include:

When you are altruistic, your mental, emotional, social, and physical health generally improves.

Volunteering, one of the most common forms of altruism, is linked to better health parameters.

Additionally, helping others may even decrease your mortality and help you lead a longer, healthier, and happier life.

If you do something good for others, even a complete stranger, you are likely to feel better about yourself.

Acts of altruism lead to better self-esteem and an overall increase in happiness as well as satisfaction. Data supports the notion that helping others is inadvertently helping your mental health.

If you are looking to have fulfilling romantic relationships, consider being more altruistic.

People in relationships consistently find that kindness and selflessness are some of the most crucial qualities for a partner.

On the contrary, selfishness is universally frowned upon. Therefore, engaging in prosocial behavior and altruism is correlated with higher satisfaction rates.

This is true across nearly all cultures, races, and ages.

Neglecting your own demands and desires

When you become overly focused on others, you may forget your own passions, goals, and desires. This can lead to less career success and a loss of purpose in the long run.

You need to find a balance between pursuing your own interests and helping others if you want to effectively use altruism.

Otherwise, your own needs could be neglected. You may even find negative health outcomes associated with this, such as less personal hygiene.

Some people choose to express altruism in a monetary sense. If you do this often, you may experience some financial troubles.

If you start to feel like it is your duty to care for your friends, you may end up paying for their mistakes. For instance, you could find yourself paying for their electric bills or “lending” them money for a trip.

If you cannot afford this type of lifestyle, you will likely find your money runs out quite quickly. Do not make the mistake of believing your friends will reciprocate the altruism.

There are many ways to apply altruism to the real world. Some choose to do it occasionally or discreetly, while others spend a large chunk of their time volunteering and helping others.

To get a sense of the nature of altruism, looking at some examples may help.

Contrary to popular belief, there is more than one type of altruistic behavior. The scientific community has identified four different subcategories of altruism.

Genetic altruism is most related to our genetic and evolutionary theory. It involves caring for those that are in our family.

This seems like human nature thanks to natural selection: evolutionarily, we have an interest in preserving those that are similar to us.

Most commonly, genetic altruism happens when parents sacrifice for the benefit of their children.

They may spend their time taking them to activities or tutoring them, even though this is not in their self-interest.

Reciprocal altruism involves two parties engaging in helpful behaviors to benefit each other. When one individual does something altruistic, the other does the same.

If someone gives another person a favor, they will reciprocate the favor at some point as well.

While this form of altruism encourages cooperative behavior, it also establishes the expectation of a reward at some point.

You may end up doing something for a friend simply to have them do the same back to you, instead of doing it just for the friend’s benefit.

This type of altruism involves doing favors for individuals based on being in a shared group or affiliating with them in some way.

The differences in altruism are quite vast: many volunteering programs do not fit this form of altruism. Instead, you care for those you already know and appreciate.

This could mean caring for friends, family members, coworkers, or anyone you have a strong relationship with. It could also mean supporting changes that benefit a group you belong to, even if it disadvantages you.

The purest form of altruism is moral altruism. People who are pure altruists believe altruism is necessary to live an ethical life.

To be moral, they help others even if it means hurting themselves. Financial struggles and personal desires do not concern pure altruists.

They are solely motivated by upholding the moral necessity of altruism.

Is altruism part of human nature?

Yes, altruism is deeply rooted in human nature. It was in a human’s evolutionary interest to pass down his/her genes and protect their offspring as well as other gene carriers.

However, scientists also consider selfishness to be a strong natural human quality, although weaker.

This is so because typically, humans are not willing to sacrifice themselves until they have passed on their genes through offspring

Is altruism selfish or selfless?

Altruism is the opposite of selfishness and self-interest. Those who are altruistic are extremely selfless. They may even put themselves in danger to help others.

Additionally, extreme selflessness is included in altruism when people value others’ well-being and success over their own.

Is altruism learned or innate?

An element of altruism seems to be innate, but it is also partly learned and influenced by society. Genetically and evolutionarily, we are predisposed to be altruistic.

It was in our ancestor’s best interest to be altruistic at times for the sake of continuing their bloodlines. This may have developed a neurological predisposition to altruism in all humans.

What causes people to be altruistic?

Altruism is rooted in both genetics and the relationships you have with others.

The fact that altruistic early humans were more likely to pass on their genes could establish a general tendency for humans to be altruistic.

However, parents, teachers, and personal experience can make someone more altruistic than others. Their personality also plays a role.

What is an altruistic attitude?

In general, an altruistic attitude is a selfless attitude. Altruistic care more about the lives of others than they do about their own life.

If you have an altruistic attitude, one important question that guides your behavior is: how can I help others? You are not concerned with pursuing your own self-interest.

If you place others above yourself, you likely have an altruistic attitude.

Why is altruism not good?

Altruism has multiple key drawbacks you should consider. For instance, being overly altruistic could lead to financial issues.

You may find yourself in a position where your friends repeatedly ask for money to cover their bills or unnecessary expenses.

Additionally, you could be used by others. People who are overly altruistic are likely to get taken advantage of without realizing it.

Finally, the most important drawback of altruism is neglecting your own needs, goals, passions, and desires.

Is altruism good or bad?

Altruism has both positive attributes associated with it as well as drawbacks. It depends on how often you are altruistic and what type of act you do.

If you take altruism to the extreme and begin to neglect your own interests and needs, then altruism has significant negative effects.

However, if you practice altruism in moderation, you could boost your confidence, decrease stress and mortality, and generally feel good for looking after someone else. 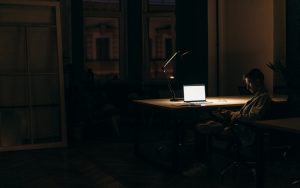 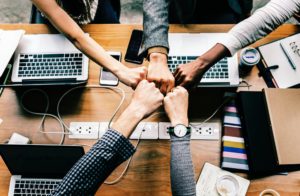 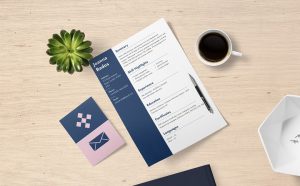 40 Strengths to Put on a Resume, CV or Mention in a Job Interview 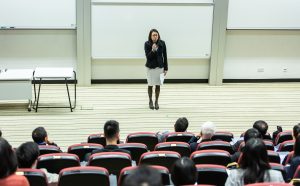 15 Strengths & Qualities of a Teacher & Examples of Weaknesses 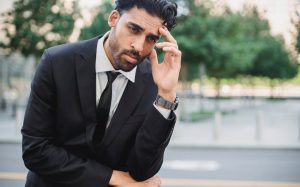 Critical Thinking Skills: Definition, 7 Examples & How to Improve Them