26 Key Character Traits: Types, Examples & How To Develop Them

It might be hard to know how to be a good person in today’s world. But it doesn’t have to be as difficult as you may think.

Character traits are the qualities that make up your personality and they can either help or hinder you in life.

Most people don’t realize just how much their character traits affect every aspect of their life – all from health to career success.

We’re going to dive deep into the different types of character traits so that you’ll understand what makes a good person great and a bad one terrible.

By understanding the different types of character traits, knowing which ones define your core values, beliefs, morals, and more, you will be able to take control over your actions instead of being controlled by them – allowing for better decision-making skills and happier relationships with others around us.

Let’s get right into it.

Most people when they think about good character traits, often describe them as positive, brave, and trustworthy.

What Are Character Traits?

Character traits are a way of categorizing people based on their characteristics.

It is a common belief that character traits can be inherited, but this does not make it true for everyone.

The idea that genetics affects someone’s personality is something you will hear about often in psychology and sociology classes.

Some examples of character traits are honesty, loyalty, generosity, and impatience.

These are just some of the many different types of character traits that may help you to better understand yourself or others around you.

Common examples of character traits include :

Honesty is defined as telling the truth and not purposely misleading or misinforming others.

However, we can’t speak about honesty without mentioning lying and its variations.

Lying is often considered a character trait because it can be seen as an act of deception which has negative consequences to those around us who we interact with on a day-to-day basis; such as our friends, co-workers, family members, etc.

Lies are usually directed at someone else for self-gain when what they’re saying isn’t true.

It’s also possible to lie indirectly though through omission of important information that could have changed how one perceives something in their mind if they knew about it – this may cause distrust since people might feel like you were trying to mislead them into thinking something different than what was true but didn’t tell them.

This may be a more passive form of lying which is not always going as far or hurting the person on the receiving end quite as much, but it’s still considered cheating and shouldn’t be tolerated in any relationship for that reason – honesty should trump all other factors.

This character trait entails telling the truth at all times with sincerity without fear of repercussion from others; being honest even when it might cause you to lose something such as your job because dishonesty won’t get you anywhere.

Integrity exists within oneself so one can uphold their values and beliefs no matter what happens or who they’re interacting with socially; showing integrity means there are consequences if someone does break these rules too.

It also means involving oneself in social and professional situations with the intent to do good for others, not harm.

This is a big part of being considerate of other people’s emotions; empathizing means understanding what someone might be feeling from their perspective so one can provide them comfort or guidance if needed.

Empathy also entails assessing how your actions will affect those around you before making any decisions- it isn’t always about yourself.

If done compassionately without judgment, this character trait can help create strong bonds that may last a lifetime.

Every person has values, morals, and beliefs that are unique to them.

These things help give a sense of identity to the individual and can be used as a way of understanding their thoughts, feelings, behaviors, and actions.

Values are what make people who they are; values influence how one behaves in life.

Understanding someone’s value system is extremely important for working with others or even just getting to know another person better because it will allow you to understand how they think about themselves and others around them.

For example: if someone’s most valued attribute is generosity, then this means that they should feel happy when giving something away without expecting anything in return.

Values, morals, and beliefs define what the character traits are and how they manifest in a person’s life.

For instance, someone with the character trait of generosity is typically kind to those around them when there is no expectation that their kindness will be returned or repaid.

Generous people may also feel good about themselves if they have done something generous for others without any thought of what it might cost them personally.

Kind people will often be nice to others when they are not feeling well, or if someone has done something that makes them feel bad.

Kind people often want to help those who need it and will do so without expecting anything in return. Unselfishness describes a person’s willingness to put the needs of others first even at their expense.

Unselfish people would make sacrifices for friends or family members with no thought about what might happen next time when they may have similar demands on themselves from others.

Character traits are the most defining part of our personality. They shape how we see ourselves and how others see us.

Character traits can also be influenced by your environment or upbringing.

Our physical and emotional character traits are what make us who we are. It is about the way we act, react, and interact with others.

Here are some examples to consider:

The best way to understand someone is by learning about their core values.

Values are what make a person who they are, and as such, we need to know what our values are to understand ourselves better.

Character traits are like the pieces of a puzzle, and they come together to form your personality.

Core values provide direction for our lives; while character traits reflect who we currently are.

To have an accurate picture of someone’s true character, you need both core values and characteristics that make up their personality or character traits in addition to what they do daily.

Character traits are the building blocks of personality; they’re a part of who you are and guide your actions in life Some common words used as synonyms for ‘character’ include disposition (meaning one’s general mood or temperament), demeanor (meaning how someone behaves) attitude (how someone is disposed towards something), and integrity (the quality of being honest).

A person with good values would be committed to honesty, treating others fairly, doing what he says he’ll do, taking responsibility for his mistakes and failures.

He has empathy for those less fortunate than him.

The word ‘character’ is used in the sense of personality; personal qualities which make someone who they are. People have blocks of personality that make them unique from everyone else on earth – these blocks are called traits.

When people speak about themselves, or when others talk about us we might say “I’m an introvert” or “I am very funny,” for example.

These words can be defined as our character traits because it’s our nature to act like this – it’s what makes someone who he or she is.

How to Embody Good Character Traits

You can do this by learning about what makes up a good character and striving to live these traits in your daily life.

For example, if you are honest with people, then you need to notice when things don’t seem right or fair to avoid lying.

If you have integrity, then you need to keep promises and not break them even if it would benefit someone else more than yourself.

There are many ways that people can show their true selves as being caring individuals who care about others’ feelings and well-being – even before their own desires.

They do this because they know the importance of treating other people how they want to be treated.

Some people believe an easy way to improve yourself is by searching out good character traits examples and deciding if these qualities would represent someone with high moral values.

What makes one “good” as opposed to simply being morally neutral? It has much more to do with having good intentions.

As always, the best way to find good examples for this or any other facet of your personality that needs work is through personal reflection on what makes up who you want to be.

Try asking yourself these crucial questions:

By answering those questions it will be easier for you to see if certain characteristics might fit well with the type of person you’re trying to cultivate into your true self.

The more time and thought put into developing one’s character and personal development, the less likely people will have trouble when encountering unforeseen events or obstacles.

What is a bad character?

Bad Characters are negative characters that people try to avoid in life.

They’re not usually brave or trustworthy, so you might want to stay away from them when you’re looking for friends and partners in life.

Overall, they impose negativity on those around them – they are grumpy people who never seem satisfied no matter what kind of success they acquire at certain times.

What is a good character?

They’re usually brave or trustworthy, so you might want to get them as friends when you’re looking for a partner.

Overall they impose positivity on those around them – they are happy people who constantly want to get better in life and thrive on challenges – all while remembering what matters the most in life.

What Is A Character Trait?

Character traits also reveal what an individual lives for or what they reject.

Different types of character traits include:

Moral Virtues like courage, temperance, justice; these virtues help us live up to our moral obligations and responsibilities

Personal Qualities such as intelligence, wit, beauty; these qualities have no bearing on morality but contribute nevertheless toward making each person appear distinctive from others

If you want to know how to be a good person, then it’s important that you first understand what character traits are.

Character traits can be either helpful or hurtful and they play an integral role in every aspect of your life from health to career success.

Understanding the different types of character traits is crucial because knowing which ones define your core values, beliefs and morals will help guide your decision-making process as well as provide insight into why people behave the way they do when faced with certain situations. 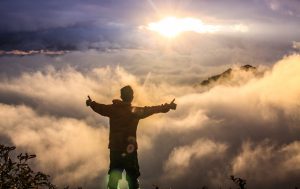 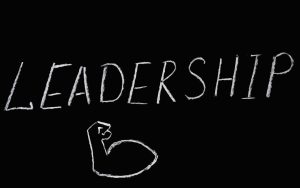 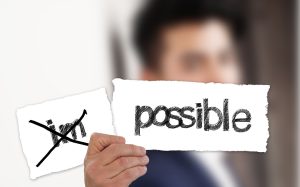 What is Optimism and What Does It Mean To Be Optimistic? 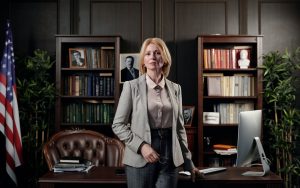 10 Diplomatic Skills That Every Great Diplomat Must Have 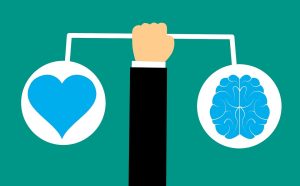