High-Performance Teams: Characteristics, Examples & How To Develop It

In what comes to high-performing teams, you’ve probably heard this proverb before: “If you want to go fast, go alone, but if you want to go far, go together”. While this quote makes a great framed poster to hang on your office wall, it’s not true that all teams go far.

Some teams fail – if team members are not willing to collaborate, their individual efforts will most certainly be in vain, no matter how skilled and talented they are. However, some teams do excel at everything they do.

That’s because, for a team to be high-performing, there are certain key characteristics that, being present, will surely lead to business success.

This article will provide you with a better understanding of how valuable high-performance teams are and how to push your average team to become high-performing and achieve the best possible results through effective teamwork. 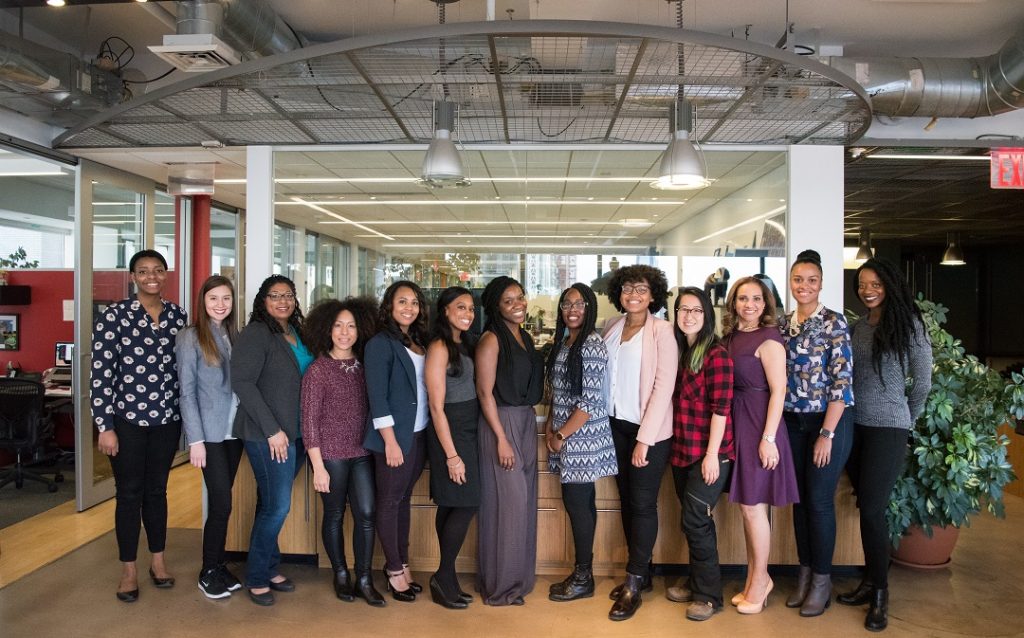 What Are High-Performance Teams?

A high-performance team is composed of goal-oriented individuals who collaborate towards a common objective and are hyper-focused on achieving great results.

Team members also have complementary skills that make up the collective expertise necessary for goal-reaching. High-performing teams embody the “whole is greater than the sum of its individual parts” approach.

It seems a no-brainer that, for a team to be successful, team members must be individually skilled. However, they also need to be familiar with the ins and outs of working within a team and its’ dynamics. 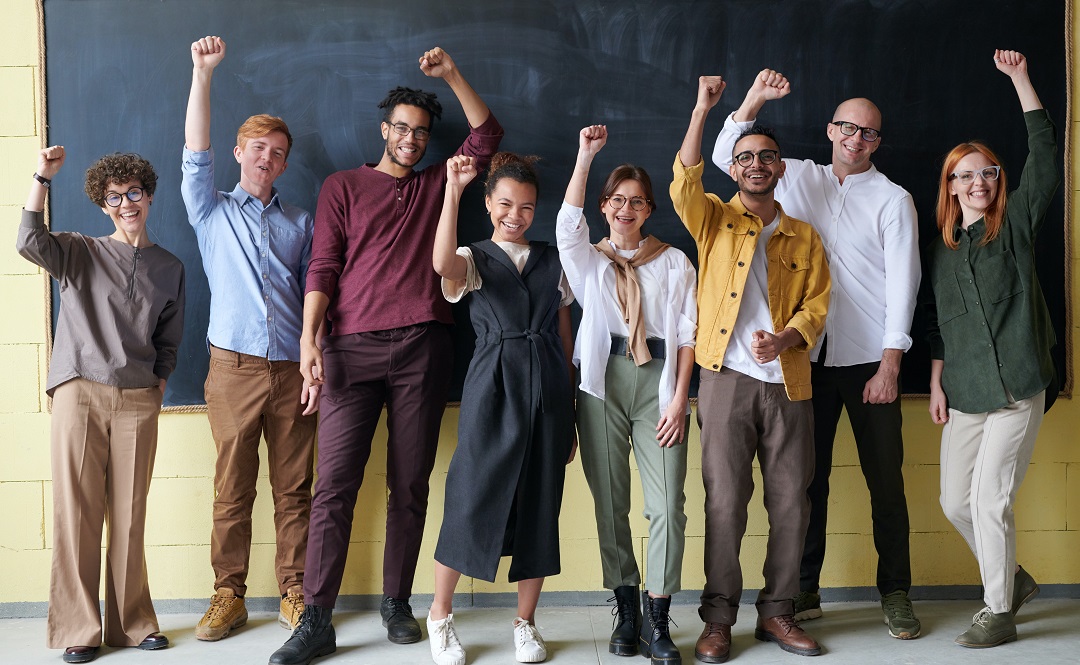 The main aspect of an all-star team: it’s not so much about the individuals on teams, but how they work together towards team goals. Teammates are able to maintain good relationships with each other, know how to communicate clearly, and can efficiently work interdependently in synergy.

This way, they will always outperform comparing to a dysfunctional team or solo individuals.

There are certain characteristics that all high-performance teams have in common and which are responsible for team success.

Let’s go through the 10 most important ones.

For team members to be committed to performance excellence, having clear goals in mind is crucial. using the SMART criteria, which advices for specific, measurable, attainable, reasonable, and time-bound goals is a good way to ensure appropriate goal setting.

It’s also important for the team members to personally resonate with the team goals and objectives, as this improves engagement and commitment.

Having clearly defined roles and responsibilities help everyone know exactly what part they play in the team process and therefore facilitates coordination. They understand their role expectations and why it’s important to fulfill them.

Assessing each team members’ working styles, strengths and weaknesses can be useful for assigning roles and tasks within the team. This can be done with a Belbin Team Roles test, or more broad personality tests, like DiSC or Myers-Briggs Type. 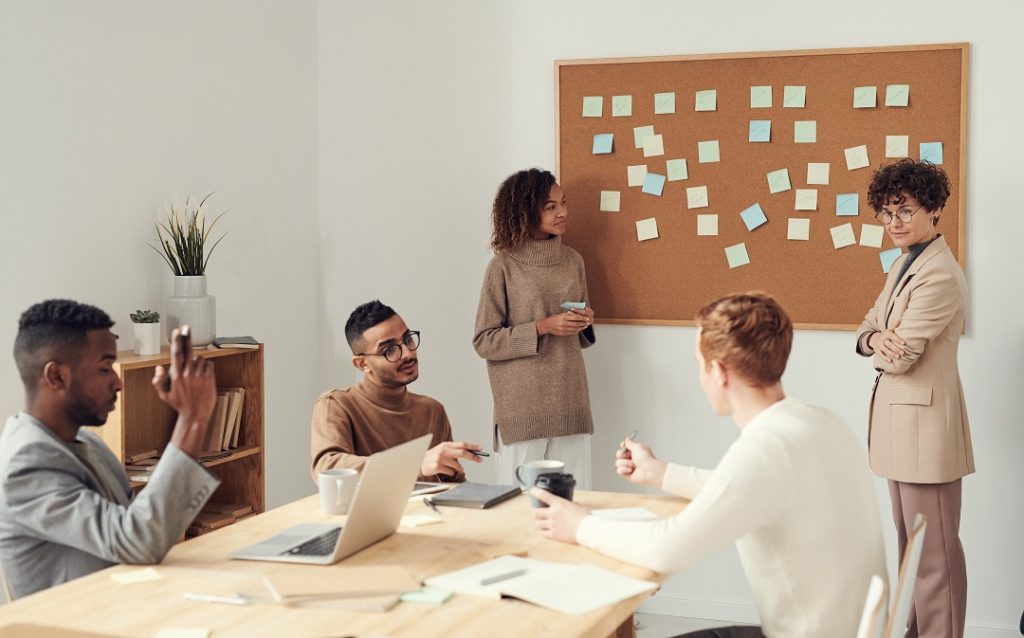 Intrinsic motivation comes into play when individual goals and values are aligned with the team’s mission and organizational priorities.

The common vision and shared values provide employees with a strong sense of purpose, making them more committed to putting in the effort, therefore increasing job satisfaction and productivity.

Also, to keep achieving superior outcomes, a strong work ethic and a culture of collaboration team are imperative within the team members, who share a result-focused mentality.

Efficient communication between team players is most probably the number one key to team performance above average.

People always work better in a positive environment. So, maintaining good relationships and fostering positive interactions among team members, and defining those relationships by the mutual level of trust and mutual respect is a central factor in a high-performing team.

This means everyone feels safe to ask questions, add remarks, or suggest new ideas without the fear of being perceived as ignorant or incompetent.

Diversity, which is ensured by individual differences within team members, is very much valued when building high-performing teams.

Having different backgrounds, viewpoints, and areas of expertise within the team can translate into more innovation, better solutions, and improved decision-making.

Also, selecting team members with complementary skills means no weaknesses are left uncovered, and the team is overall more broad and flexible, being able to endure any challenges that come their way.

Adopting a democratic leadership style is an excellent way to keep every team member involved in decision-making processes. With a shared leadership role, everyone gets a chance to lead, depending on the nature of the tasks that need to be coordinated.

This contributes to employee empowerment, higher self-esteem, and a sense of worth which overall leads to higher job satisfaction.

Coming up with a measure of performance effectiveness and an assessment of team dynamics can be quite useful in this context.

This is because having a clear understanding of how well the team is performing provides an opportunity to correct past mistakes and to know what are the right things that need to keep being done.

Therefore, both collective team performance and individual performance should be frequently evaluated, as a way to monitor progress and goal-reaching.

Maintaining a strong feedback culture within the team provides individuals with innovative ways to improve their performance, thus contributing to the team’s maximum effectiveness.

Conflicts are resolved in real-time before they become a problem, transparently and openly.

This helps maintain a positive atmosphere within the team, which doesn’t waste any time with disadvantageous discussions or unhelpful behavior. Instead, forward-moving interactions are fostered and no grudges are held.

How to Build and Lead a High-Performance Team

Here are some steps HR managers can take in the right direction for reaching team excellence.

Nailing down the basics around team composition is fundamental for building a high-performing team. These include the criteria for selecting skilled employees, having in mind the necessary mix of skills, and paying the right value to a diverse set of individuals working together towards a common goal.

Team size is also an important factor to attend: teams should be kept small, as a larger team can be hard to coordinate. However, too small and you might struggle with a lack of diversity.

Providing the team with a direction to follow, aligning key priorities with the company vision, gives the employees an important sense of purpose.

This helps the team members feel motivated and driven to reach team goals, especially when achieving those goals is personally important for them.

It also makes the team a more cohesive unit, as each team member understands and values the mission they’re working together for.

Therefore, it’s a necessary step to create channels for communication and bringing their importance to the employees’ attention.

If the team is able to communicate effectively, that means employees give out constructive feedback, share ideas, and provide solutions, loud and clear. It is what makes cooperation possible.

This can be done in a variety of ways, like training programs, shadowing role models, or role switching. The list goes on.

Investing in employee development opportunities helps improve employee engagement and involvement, and consequently leads to high-quality results in the team.

Give Incentives and Rewards

Fight lack of commitment by giving out incentives that drive employees for the achievement of team and individual goals. This can be done with monetary or nonmonetary rewards, that function as extrinsically motivating.

In spite of this, being intrinsically motivated and personally interested in carrying out the entire company’s mission is overall more important for commitment.

Why are High-Performance Teams Important for Organizations?

Having a dream team working backstage is surely the pillar for a high-performance organization.

Not only does it leaves competitors envious of the growing success, but employees are also more satisfied with their jobs in the organization, which can be a bigger motivator than a larger salary for productivity.

The following is a list of the benefits for the organization and its employees when investing in a high-performing team: 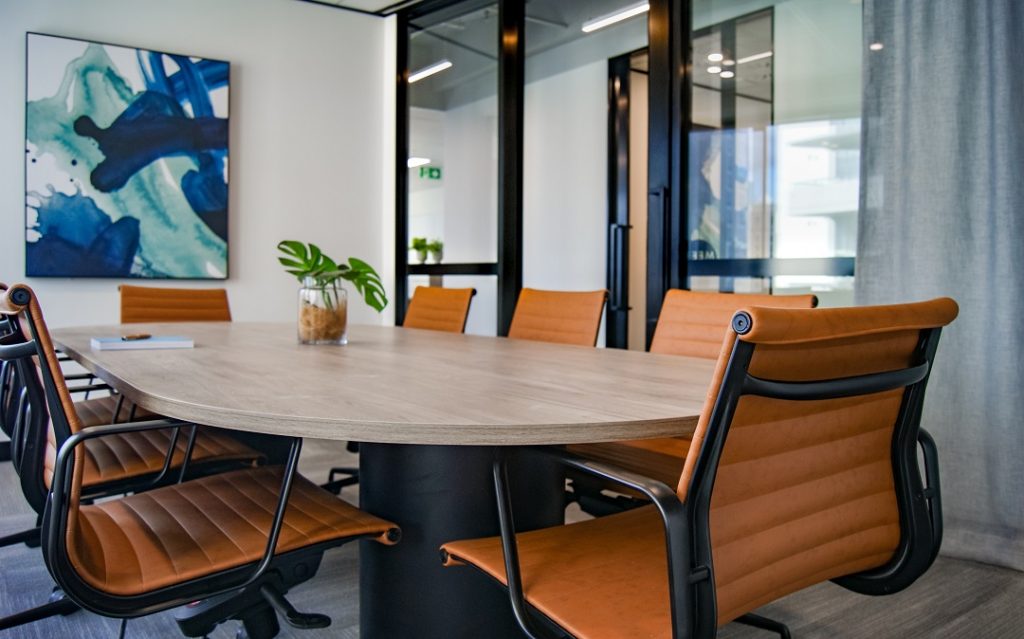 The Roman Army’s testudo formation is a technique that protected soldiers from various types of attacks in battle.

Forming a shield wall at the front and top of the formation, the men were required to move in perfect synchrony as to not let any crack open that would leave them vulnerable. Most certainly, an enormous amount of training and communication had to take place in order for such flawless teamwork.

In a mission to take mankind to the moon, the Apollo 11 team made history. Not surprisingly, it took an incredible amount of core team effort for it to happen.

This “one small step for man, one giant leap for mankind”, as Neil Armstrong famously said, wouldn’t have been possible if it weren’t for the amazing team that, after years of research and hard work, devised a way to take the man to the moon.

Built as tombs for the pharaohs in Ancient Egypt, these are a great symbol of excellent teamwork and cooperation. Even though it remains unclear who and how the pyramids were built, it is for certain that they required a lot of manpower.

As heavy machinery didn’t exist yet, ingenious ways of moving and lifting the quarried stone blocks were carried out by large groups of men.

An incredible example of a team with a shared mission is the Black Mambas, an all-women group of rangers that are dedicated to fighting against elephant and rhino poaching in South Africa.

Their values are, in this case, aligned with the good cause of protecting the animals and nature. Also, they don’t carry any weapons, being armed with just pure skills and fierceness.

The team that runs Wikipedia is unlike any other team in the world. Volunteer writers, translators, and editors are the people responsible for keeping the “free encyclopedia” website updated and brimming with trustworthy information.

These cumulative efforts result in a huge database, with more than 6 million articles in the English language. The common characteristic is simple: to make information free and easily accessible and understandable to everyone.

Why Create a High-Performance Team?

Teams are today’s organizations’ preferred work structure, and therefore investing in a high-performance team is a great way to boost your business.

Creating a high-performing team is synonym with creating a more versatile, efficient, and productive fellow team.

These bring a lot of benefits to the organization and its employees, such as better quality results (that translate into a competitive advantage), increased job satisfaction, and employee retention.

High-performing teams are composed of a diverse set of individuals who are equipped with a broad array of skills and have different areas of specialized expertise. They have an incredible ability to work cooperatively and to reach their goals.

Therefore, high-performance teams tend to be extremely agile, being capable of managing any sort of conflict, overcoming all problems that come their way, and exceeding each and every expectation.

What Are The Main Differences Between High-Performance Teams and Average Teams?

The differences between high-performance teams and average teams can be described in terms of Lencioni’s Five Dysfunctions of a Team.