Multitasking undoubtedly serves a number of benefits. Whether it by world-renowned entrepreneurs or local teachers, the ability to multitask is highly valued.

Yet, some view this simple act as a productivity killer. When you do not focus in a single task, the negative effects will quickly add up.

This dichotomy often confuses employees and entrepreneurs, and they end up asking the age old question: to multitask, or to not multitask?

To avoid tacking a toll on productivity, many suggest tackling tasks, especially if it is a complex task, on at a time.

However, using multitasking abilities to your advantage is more nuanced than just that.

In this article, we will provide an overview of what multitasking is and how you can use it.

The psychological research on multitasking may seem counterintuitive at times.

For instance, research done by Dr. Robert Rogers and Dr. Stephen Monsell found that people are significantly better at performing the same task multiple times when compared to switching tasks.

This is true even when they are familiar with the previous task and prepared to start a new task.

Even a prepared task switch where one task is already an established habit is more challenging than performing a completely new task multiple times.

The necessary time for switching tasks seems to outweigh any efficiency benefits of multitasking.

Switching tasks can truly cost your brain. Studies found that a task switch costs time and energy from individuals, making them less efficient and less accurate when responding.

Mental blocks, which are periods of time when the brain performs a certain activity, are also more stressful when one has to switch between multiple tasks.

Nonetheless, many hold multitasking in a positive light. When one is told they are multitasking, they can perform better on cognitive tasks simply because of a placebo effect.

In one Yale researcher conducted study, those who were told they are multitasking held on to information better and were more efficient.

However, they were not truly multitasking. Instead, this result was attributed to the illusion of multitasking.

Researchers also find that multitaskers often have their IQ drop when this behavior is increased.

A study done by the University of London finds that heavy multitaskers have an associated IQ drop of 15 points. They found that spending time multitasking is similar to staying up all night when it comes to brain function.

If you are looking to increase your ability to multitask, understanding how others multitask could be useful. If you need a bit of inspiration, these are a few examples of multitasking. 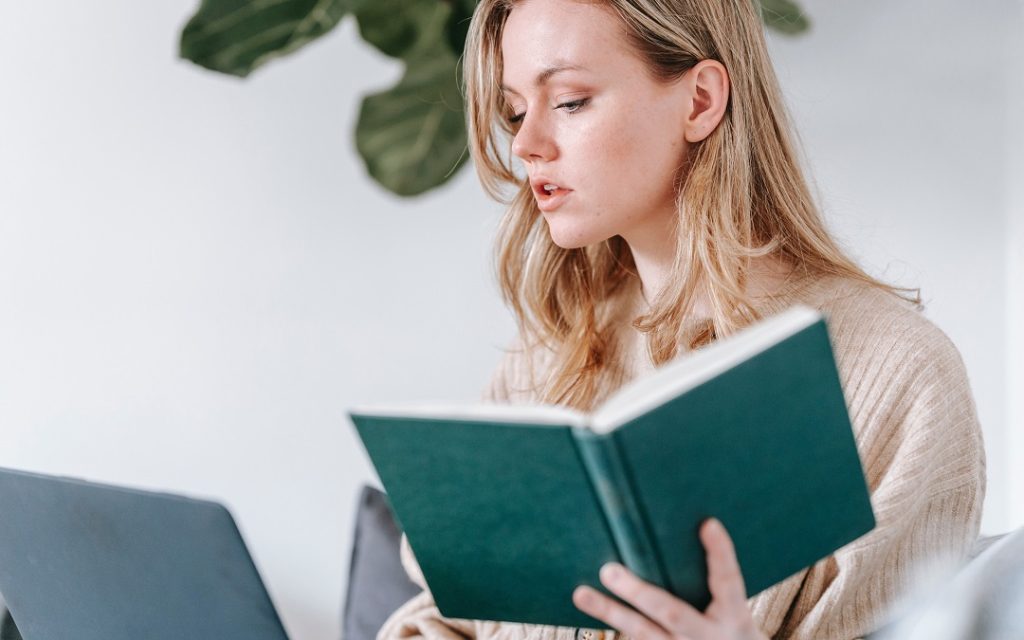 The costs of multitasking may outweigh the benefits for must people. It may decrease IQ, cause slight brain damage in the long run, make you less efficient, and hurt your academic performance.

Multitasking hampers satisfaction and happiness. There are also some additional negative multitasking effects.

Frequent multitaskers are more likely to get distracted. The process of changing tasks over and over again makes one less focused by nature.

They are less able to settle down on a single task and get it done, instead performing to switch from task to task.

This lack of focus translates to other work as well. Even when a typical multitasker is trying to focus on a single task, they still cannot manage their focus well.

Some researchers disagree with this statement, however, showing the data in the topic is not fully conclusive.

Dr. Wiradhany and his team found that multitasking does not always lead to distraction, and the link is specific to the individual.

Multitasking Slows You Down

The most commonly touted benefit of multitasking relates to efficiency. Although counterintuitive, the data shows that the greatest impairment from multitasking is a reduction in productivity.

Task switch costs take the specific  negative effects from changing tasks. Some potential switch costs include working slower, being less efficient, and not being fully present when performing a task.

This is simply a neurological side effect of straining the brain with multiple tasks at a time.

Switching tasks also ensure one cannot use autopilot, which could be a benefit or a con depending on the circumstance.

When you are used to a task, you can use your “autopilot” to decrease your cognitive stress. Multitasking hinders one’s ability to use this effect.

The brain has key functions referred to as executive functions. These functions enable you to control how you perform tasks, when you do them, in which order, with whom, and so on.

It is the planning center of the brain most involved with executive functions. Goal shifting and rule activation are the two major elements of the functions.

Goal shifting allows you to prioritize certain tasks and rule activation helps you adjust your rules to the task you are currently performing.

Changing back and forth between the functions takes both time and energy away from you. It truly adds up in the long run.

When performing multiple tasks at home, this may not be a problem. However, the inefficiency of this method hinders you most in the workplace.

When you are less focused on a single task, you tend to make mistakes and not be careful. These mistakes are most clearly evident in the educational setting.

Students who often multitask tend to have lower GPAs and also spend more time doing the homework without a grade increase.

This is not true of solely students, though. Even adults experience the multicosts of multitasking.

How to Break Multitasking Habit?

If you realized that chronic multitasking is not in your best interest, making the right decisions will help you get more focused and decrease the negative effects of heavy-duty multitasking.

Consider why you feel like you must multitask when the urge arises. Focus on prioritizing which tasks you truly want to accomplish. Then, also consider doing the following things.

Create a list of the tasks you need to accomplish. Instead of having to switch between tasks, focus on each one at a time. Ensure that you have at least 20 minutes dedicated for each task.

You can ensure you follow through with the 20 minute rule by starting a timer. Do not move on to the next task until the timer goes off.

If you find like you need more time for a task, set the minimum time high but do not overwhelm yourself.

Chronic multitaskers often have trouble doing something for too long, so 20 minutes is a good staring point.

There are likely many distractions in your environment. They may help increase the urge to multitask. Schedule time each day to focus on the most important tasks you have.

Also, schedule multiple single tasks into a single time. You will be less inclined to multitask, more organized, and more focused. 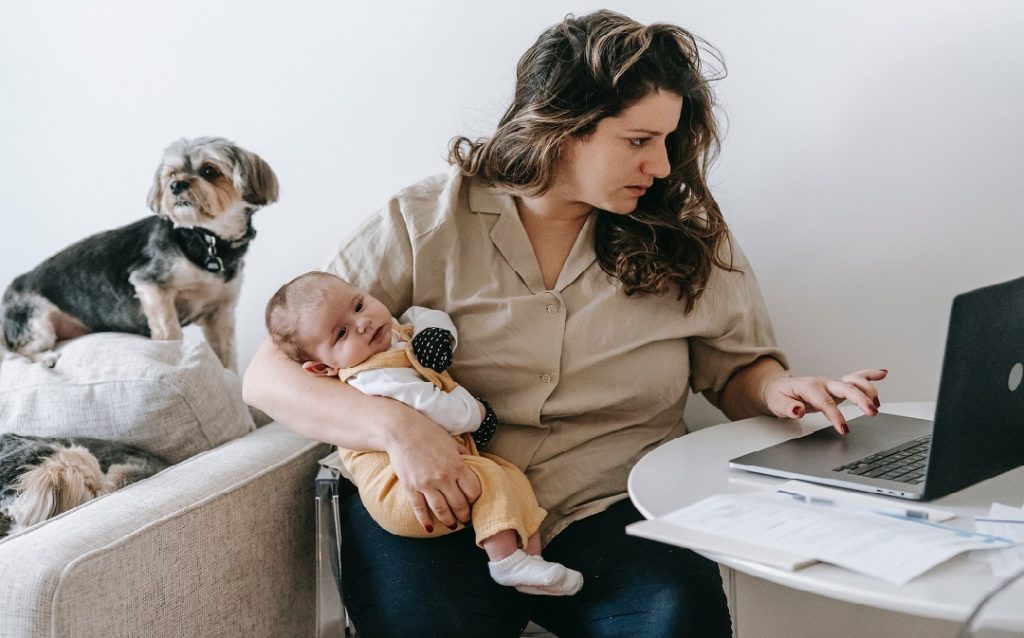 Like previously mentioned, there is a strong relationship between the urge to multitask and distractions. Understand which items are most distracting to you.

Then, eliminate them from your environment if you can. At the very least, move away from the environment were the distractions are.

Mindfulness is one of the best ways to increase patience and focus. When you are mindful, you can better understand your habits.

You will see the benefits of not multitasking and understand when you have the urge to multitask. You are much more likely to stay focused when you are mindful.

Doing yoga and deep breathing are two examples of ways to incorporate mindfulness into your routine.

Sometimes, multitasking is unavoidable. You may just have to maximize your efficiency when this is the case. Remember, being  “medium multitaskers” is better than being addicted to multitasking.

Combine multiple similar tasks for a maximum period of time. This could mean reading and writing at the same time or working out and listening to a podcast at the same time.

Avoid multitasking at work the most, as it has the most negative effect on efficiency.

Tell others you do not want to be distracted

Distractions are more than just electronics. In the workplace, many feel the urge to multitask because of their coworkers. Hustle culture is one reason multitasking has become so standard.

When someone urges you to multitask, kindly inform them of the inefficiency of this strategy and state you want do not want to be distracted.

Schedule specific time to talk with coworkers instead of randomly starting conversations throughout the day.

Is multitasking bad for your health?

Yes, multitasking can negatively impact both your emotional, mental, and physical health. Studies have shown that IQ drops when individuals repeatedly multitask.

If you do this for a long period of time, the negative neurological effects are similar to those of staying up all night. The lack of focus could also lead people to neglect their physical health.

Those who multitask are more likely to eat unhealthily and decrease their persistence.

Is multitasking bad or good?

This depends on what you are looking for in a career or relationship. Multitasking is generally looked onto negatively by experts, though.

The idea that working in multiple tasks at once increases productivity has been proven false.

Instead, it decreases efficiency, opportunity, satisfaction, and overall success. Therefore, it is generally a negative trait. It is far better to focus on one task at a time.

What does it mean if someone has trouble multitasking?

When someone has trouble multitasking, this usually means they are more focused. They care more about finishing a task they start before moving on to the next task.

Or, the individual could simply be overwhelmed by multitasking.

Should I add multitasking as a skill on my resume?

In some roles, multitasking could be a desirable trait. In others, though, it may show you are not a focused or organized individual.

If it is not, err on the side of caution and use that space to discuss a different skill.

If you are applying for a more chaotic and fast paced job, this ability is more likely to be viewed as a positive trait.

What is a multi-tasking person?

This is an individual who prefers to perform multiple tasks at a time. Instead of doing each task, one by one, they like to work in multiple.

These multitaskers are also more likely to get distracted and are typically less organized.

In general, if someone is skilled in switching tasks and less interested in focusing, they could be a multitasker.